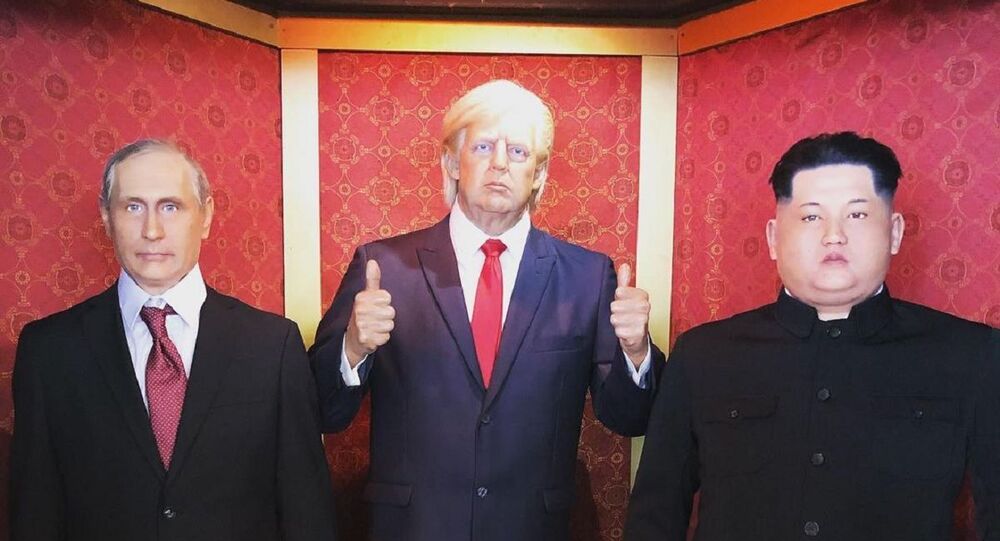 Wax likenesses of the former US president have appeared in the news repeatedly in recent months, with wax museums in the US and abroad often putting the statues in humiliating poses, dressing them up in humourous ways, or using them as a political punching bag.

Louis Tussaud’s Waxworks in San Antonio, Texas was forced to put its statue of former President Donald Trump in storage due to repeated vandalism by museum visitors, local media has reported.

The statue is said to have sustained scratches on its face, as well as deep imprints from fists.

Clay Stewart, a regional manager from the company that runs the museum, said the attraction has “always had trouble” with its presidential section, “because no matter what president it was – Bush, Obama or Trump – they’ve all had people beat them.”

The executive said that it was not immediately apparent when the damaged Trump wax figure would be repaired and put back on display, speculating that it probably won’t happen until the museum gets a likeness of President Joe Biden. A Biden statue is already being worked on at Ripley Entertainment’s headquarters in Orlando, the executive confirmed.

Trump isn’t the first effigy of a president to be attacked. Former President Barack Obama required ear replacements at least six times, while former President George W. Bush was damaged bad enough to have its nose punched in. Stewart pointed out that the wax Obama saw a downturn in attacks after the real-life Obama left the White House. “He has not been beaten as much since he left office,” he explained.

According to Stewart, attacks on Trump ticked upwards as the 2020 presidential campaign intensified last summer, with efforts to shield the president by moving him to the lobby, where he could be observed and protected by ticket attendants, proving unsuccessful.

The San Antonio Louis Tussaud’s Waxworks isn’t exactly known for its high-quality wax sculptures, with reviews on tripadvisor.com boasting a rating of just 3/5 stars due to the figures often only “vaguely resembling” their real life likenesses, with some said to be “shockingly, tragically bad.”

The attacks on Trump in San Antonio appear to be an exception, rather than a rule, in the Republican-dominated state. The Trump effigy at the Louis Tussaud’s Palace of Wax in Grand Prairie, Texas has not suffered a single attack, and is actually said to serve as a major draw for visitors.

Late last year, a Madame Tussauds in Berlin attracted controversy after putting their statue of Trump in a garbage can. Also last year, the Trump wax figure in Berlin was redressed from a formal suit and tie to a ridiculous-looking golf outfit to “reflect his potential 2021 wardrobe.”

The 2020 election has left Americans deeply divided, with many Republicans continuing to believe that the vote was “stolen” from Trump, while supporters of President Biden have characterised some Trump supporters as “domestic terrorists.”