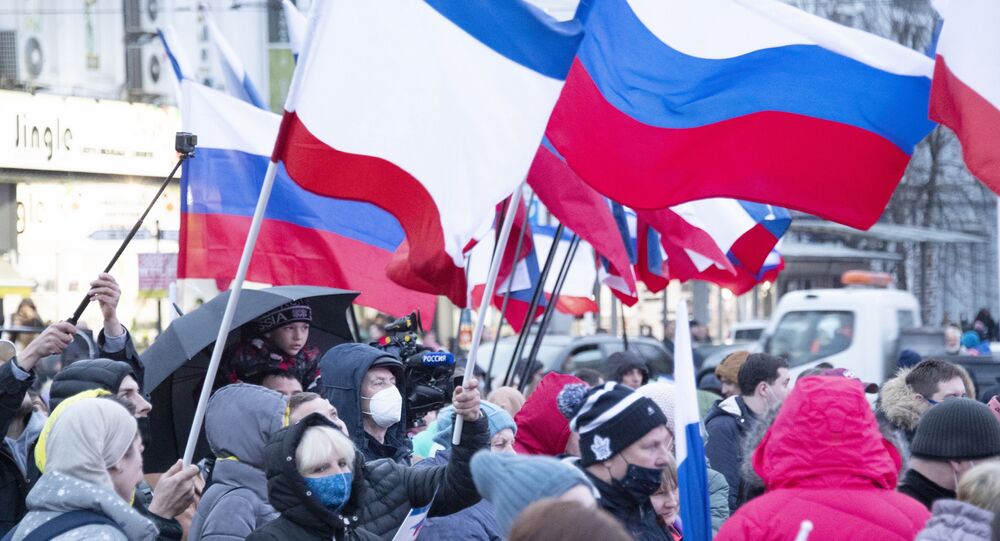 US Media Did Not Change Crimea Coverage Under Biden, Advocacy Group Says

WASHINGTON (Sputnik) - Major US media did not change their approach for covering events in Crimea under the Biden administration, the founder and president of the non-profit organization Russian Public Affairs Committee (Ru-PAC) Hunter Cawood told Sputnik.

"There hasn’t been any significant shift in coverage of Russia under the Biden administration," Cawood said. "The only difference is that Russia has become less of a focal point, and that’s because it’s become less valuable as a political weapon in domestic issues."

US media are painting Russia in a negative light and omitting key facts that would help Americans contextualize the situation in Crimea, he added.

"For example, the American media outlets we analyzed consistently left out facts from their reporting such as the reality that Crimea is home to an ethnic Russian majority, that Crimeans overwhelmingly support reunification, and that what happened in 2014 closely resembles what happened in Kosovo which the United States recognizes," Cawood noted.

"It gives Americans the impression that Moscow is the aggressor, the alpha and omega in creating chaos, and that the United States is fully justified in sanctioning Russia," he said.

However, Cawood added, this does not mean the negative media trend is entirely politically motivated.

© AP Photo / Seth Wenig
UN Chief Must Not Allow Staff to Promote One-Sided Information on Crimea, Russian Envoy Says
"There are a lot of good people with good intentions in the American media and so I would like to give them the benefit of the doubt," he said. "It’s more likely that this biased coverage stems from a systemic state of groupthink that’s present in these institutions. So many of the newsrooms in the United States are filled with people who think the same and who are constantly engaging with people who reinforce their already held beliefs."

The Ru-PAC founder expressed confidence that getting together positive voices on Russia in mainstream US conversations is the only way to change the current situation.

"I believe that starts with organizing and that’s something Ru-PAC is currently doing," he said.

In a recent study, Ru-PAC revealed systematic bias in media coverage of Crimea from 2014 to 2020.

Crimea rejoined Russia on March 16, 2014, after over 95 percent of voters backed the move in a referendum, which followed a violent power change in Ukraine. Two days later, an agreement on Crimea's accession to the Russian Federation was signed. Since 2015, March 18 is an official holiday on the peninsula.

Ru-PAC is an independent, non-profit and non-governmental organization dedicated to developing and strengthening the relationship between the United States and Russia through education, dialogue, and policy recommendations that promote the interests and security of both countries, the organization’s website reads.

'Crimea in the History of the Russian World': Peninsula Holding International Internet Quiz

First US Citizen Vaccinated With Sputnik V in Crimea