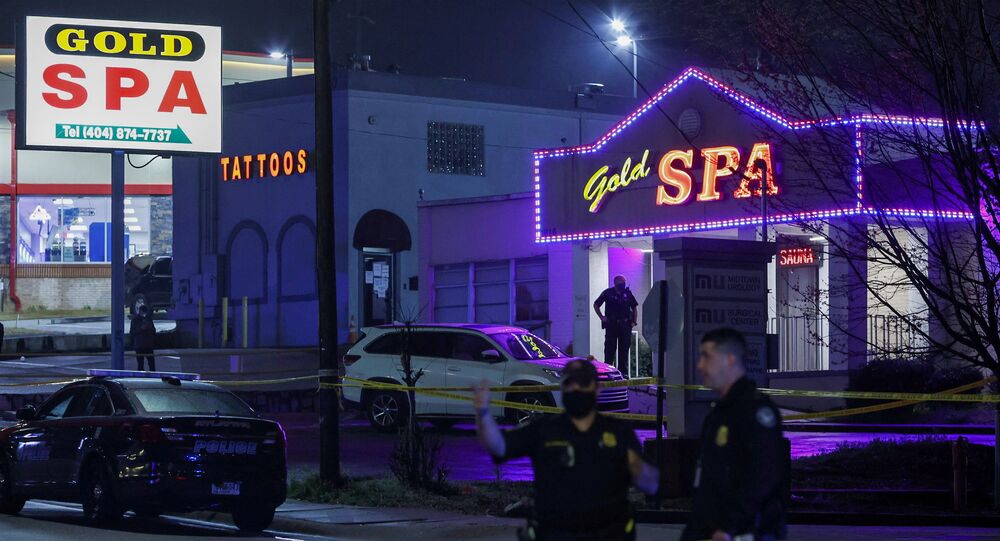 MOSCOW (Sputnik) - A Georgia officer has triggered a backlash after saying that the shooter who killed eight at Asian massage parlours in the US state of Georgia was having a "bad day".

On Wednesday, police held a press conference after 21-year-old Robert Aaron Long admitted to murdering eight people in the March 16 shooting spree in Atlanta. All but one of the victims were women, six of them were of Asian descent.

"They [investigators] got that impression that yes, he understood the gravity of it. He was pretty much fed up, and kind of at the end of his rope, and yesterday was a really bad day for him and this is what he did", Capt. Jay Baker of the Cherokee county sheriff's office said.

The words caused outrage on social networks, with most users deeming "strange" the way the officer described the murder spree.

​The revelations added to the anger over the officer’s remarks, leaving anti-racism calls trending on Twitter. Users also express concern over Long’s attempt to attribute the shooting spree to a "sexual addiction," which he sought to "eliminate" that way.

The Atlanta shooting spree came amid the reported spike in attacks on Asian Americans, which has recently come under the spotlight in the US. Last week, President Joe Biden used his first major televised address to denounce "vicious hate crimes against Asian Americans" as "wrong" and "un-American".