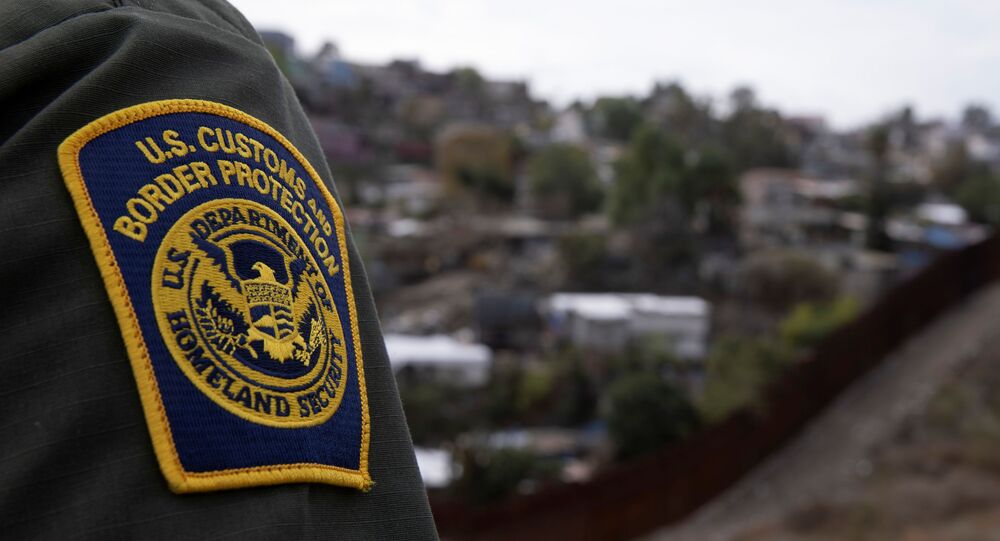 Under the Biden administration, the US has begun to experience a resurgence in the number of illegal border crossings as Border Patrol officials struggle to establish adequate housing for thousands of unaccompanied minors. Critics have largely claimed that Biden’s bid to halt Trump-era immigration policies have prompted the surge.

Dozens of US Senate Republicans blasted Biden on Wednesday and called for an investigation to determine whether the president violated federal law by freezing funds approved for the further construction of the US-Mexico border wall.

In a letter to the Government Accountability Office, some 40 congressional lawmakers blamed Biden’s Inauguration Day executive order sweep for allowing the sudden spike to develop.

“The president’s actions directly contributed to this unfortunate, yet entirely avoidable, scenario,” the letter states. “They are also a blatant violation of federal law and infringes on Congress’ constitutional power of the purse.”

“Prompt action to end these violations is required to restore order at the border,” officials added.

The coalition of lawmakers noted in the letter that Biden’s decision to freeze some $1.4 billion for border wall construction is a violation of the Impoundment Control Act (ICA). The specified legislation outlines a set of procedures that the president or other government officials must follow if they seek to reduce, delay or eliminate funding for certain programs.

The regulation states that in order for Biden to freeze or redirect funding, a “special message” needs to be relayed to lawmakers fully explaining the amount and reason for the proposed rescission. Additionally, the correspondence needs to stipulate the “programmatic effects” of the fund revocation.

Lawmakers led by Sen. Shelley Moore Capito (R-WV) underscored that the executive order Biden signed for the immediate suspension of the border wall construction was not sufficient to meet ICA requirements.

“The president bemoans the border wall system funded by Congress as ‘not a serious policy solution’ and ‘a waste of money.’ It is his right to levy those criticisms, and he is free to propose budgets that advance his alternative approach to securing our nation’s border. But he cannot unilaterally impound funding provided by Congress in duly enacted appropriations laws.”

“A president, regardless of the administration and regardless of the purposes for which the underlying funds are provided, must be held accountable for violations of the ICA. If he is not, ‘we will open the floodgates for this and future administration to violate the ICA with impunity’ and that  - as we are seeing now - will have real consequences for our nation,” the letter concludes.

The Republican effort came as several GOP members have focused their attention on the migrant surge over the last several weeks, with some lawmakers scheduling visits to the US southern border to further highlight the issue.

Although Homeland Security Chief Alejandro Mayorkas stated earlier this week that the migrant surge “is on pace” to be the highest in 20 years, the Biden administration has steered away from referring to the growing situation as a “crisis.” In fact, when asked about the term during a congressional hearing, Mayorkas said he would not be “spending any time on the language” the administration uses.

Most recently, during an interview with ABC News’ George Stephanopoulos, Biden issued a blunt message to migrants seeking entry to the US, telling them “don’t come over.”

While the administration has stated that it is turning away adults, Border Patrol officials are taking in large numbers of unaccompanied minors at overcrowded facilities. Figures obtained by NBC News indicate that over 4,200 children are being housed at Border Patrol compounds, with some 2,943 individuals being held past the 72-hour legal limit.