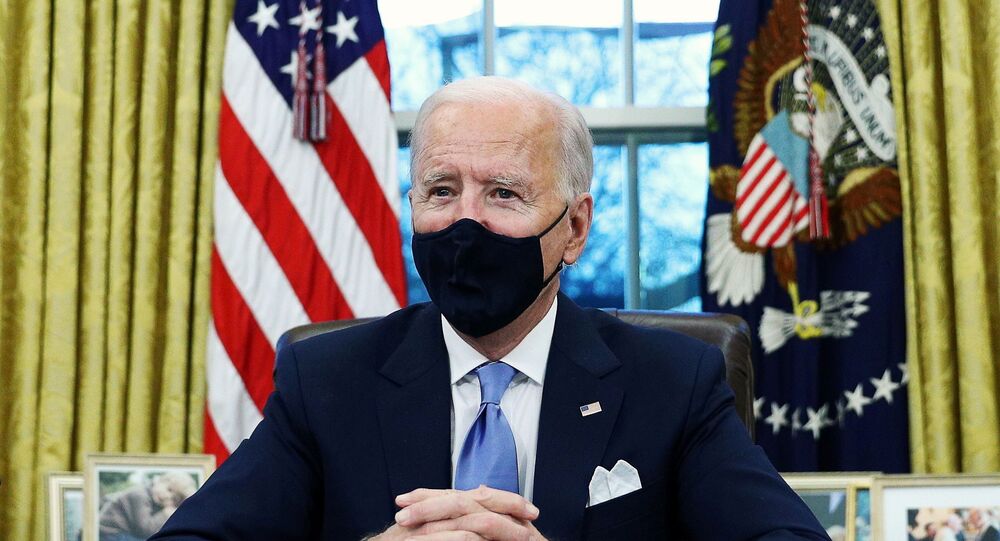 WASHINGTON (Sputnik) – A group of 40 Republican Senators has asked US Comptroller General Gene Dorado for a ruling on whether President Joe Biden broke the law by halting the construction of the border wall, a letter published by Senator Shelley Capito said on Wednesday.

“We believe they [Biden administration] violated the Impoundment Control Act (ICA), as interpreted by your office, and we request your legal opinion on the matter,” the senators said in their letter to Dorado.

© AP Photo / Gregory Bull
Over Half of Americans Censure Biden’s Anti-Deportation Order, 45% Oppose Razing Wall, Poll Finds
The letter was prompted by a surge in migrants attempting to cross the US-Mexico border, which Republicans fear will match or exceed the 2018-19 crisis that featured waves of migrant caravans from Central America regularly targeting the US.

At issue is whether Biden’s January 20 executive order halting wall construction illegally impounded nearly $3 billion that was approved by Congress for 2021 and 2020.

Funding for the wall became an annual showdown with Congress during the Trump administration, leading to a government shutdown in December 2018.