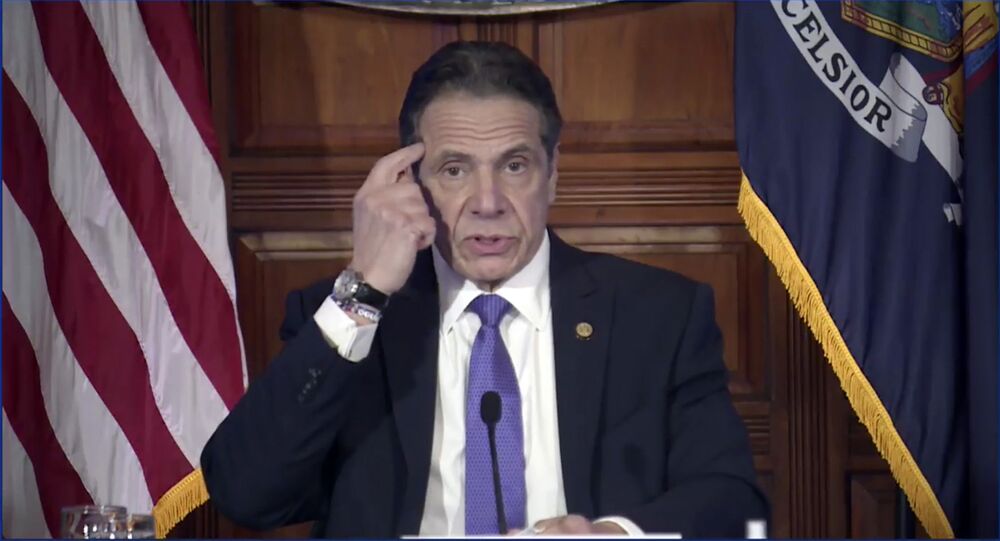 At least seven women have so far accused New York Governor Andrew Cuomo of sexual improprieties, with the claims ranging from groping and unwanted kiss attempts to flagrant propositioning. The politician, who is currently the subject of two separate probes, has denied any wrongdoing.

The document allegedly disclosed colleagues' complaints levelled at her, and even attempted to link her to ex-President Donald Trump. It suggested that Ms Boylan's campaign adviser represented a political adversary of the Democratic governor's, and that Ms Boylan was "supported by lawyers and financial backers of Donald Trump: an active opponent of the governor".

"Weaponising a claim of sexual harassment for personal political gain or to achieve notoriety cannot be tolerated", the letter concluded. "False claims demean the veracity of credible claims", the document proceeded.

It is not specified how many people were sent the letter, reportedly penned with Cuomo's involvement, and requested to sign it, but at least two former officials, who didn't diclose their names, opted not to put their names on it.

The letter reviewed by the NYT was never released, as Boylan, a Democrat who is running to lead a Manhattan borough, didn't immediately press ahead with her accusations, allowing them to simmer until February.

At the time, officials were reportedly already aware of another accuser, Charlotte Bennett, an executive assistant who had allegedly complained to two senior officials in the governor's office that he had harassed her, asking her intimate questions like whether she was monogamous and whether she bedded older men.

The woman went public with her claims in a sit-down with the NYT last month, dropping she "understood that the governor wanted to sleep with me" and adding that this made her feel "horribly uncomfortable and scared".

Days earlier, Boylan had posted an essay on Medium, elaborating on her previously made allegations in black and white. She claimed the governor would repeatedly try to come in direct body contact with her, touch her arms, legs and lower back, and that he once suggested "playing strip poker" together.

Several other accusers have since come forward, claiming Cuomo made unwelcome sexual advances, like groping and attempts to kiss them.

The long-serving governor, who has faced a severe backlash over the claims, has denied any wrongdoing and has pleaded with the state's residents to await the outcome of two independent investigations.

Joe Biden, for his part, addressed the issue saying the governor should resign if the accusers' claims are confirmed as true. Cuomo, 63, vowed last week not to bow to political pressure from prominent US officials and step down over the allegations, as he has been called to do.

One of the two investigations into the Cuomo case is being led by state Attorney General Letitia James, and the other by the State Assembly. While Mr Cuomo eventually admitted that some of his actions or remarks may have been misinterpreted, he vehemently dismissed Ms Boylan's claims as lies when they were first made:

"I believe a woman has the right to come forward and express her opinion and express issues and concerns that she has", Mr Cuomo said on 14 December. "But it's just not true".

Despite the aforementioned letter not having been published, shortly after Ms Boylan first accused Cuomo, a few media outlets reported on her personnel records released by the Cuomo team.

They provided unflattering and discrediting accounts of Ms Boylan's activities as a boss, results in the workplace, and recommended disciplinary action against her.

For supporters of the disgraced governor the accounts were realistic, painting a picture of a disgruntled employee looking for revenge.

For instance, Beth Garvey, Mr Cuomo's acting counsel, defended the release of Ms Boylan's records, telling the NYT that, with certain exceptions, "it is within a government entity's discretion to share redacted employment records, including in instances when members of the media ask for such public information and when it is for the purpose of correcting inaccurate or misleading statements".

However, lawyers involved in sexual harassment court cases insist employees' work as such is irrelevant to the matter – whether or not they can come forward with allegations of sexual impropriety against their colleagues.