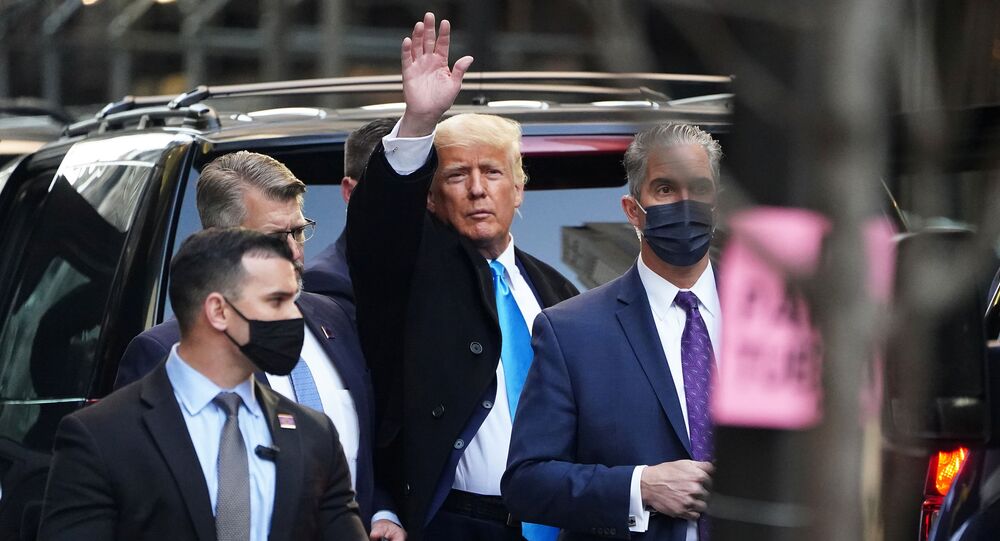 The former US president has sent mixed signals about his intention to return to the political arena. During a recent speech at the Conservative Political Action Conference, the 74-year-old joked that he may beat Democrats for a third time, a reference to his claim that he didn't lose the last election to Biden.

Former US President Donald Trump has suggested he may throw his hat into the ring if Meghan Markle decides to run for president of the United States in 2024. The Republican even hinted that he wants the Duchess of Sussex to join the presidential race.

"Well I hope that happens because if that happened I think I'd have an even stronger feeling toward running", Trump said when asked to comment on reports that Markle is considering a political career.

The ex-president also commented on the bombshell interview the Sussexes gave to Oprah Winfrey.

This is the first time Trump has spoken openly about the controversial tell-all interview. Trump adviser Jason Miller previously said the Republican hadn't commented on the allegations made by the Sussexes because he didn't want to be "cancelled" like the host of the show "Good Morning Britain" Piers Morgan.

The latter harshly criticised the couple and doubted Meghan Markle's allegations against the Royal Family. His remarks sparked a torrent of complaints from viewers and Morgan later resigned.

First the Duchess and then the President?

According to the Daily Mail, which cited a former British official who worked in Tony Blair's cabinet, Meghan Markle has been meeting with senior members of the Democratic Party to discuss a potential presidential campaign and ways to build fundraising teams.

© AFP 2021 / BEN STANSALL
From Princess to President: What are Meghan Markle's Chances of Making It to the White House?
Reports say the California-born previously told her friends about the desire to try her hand at politics. One friend told the magazine Vanity Fair that the prospect of becoming the president is the only reason why Meghan didn't give up her US citizenship when she married Prince Harry in 2018.

Rumours say she'll throw her hat into the ring in 2024 if incumbent President Joe Biden, 78, decides not to run for a second term.

The Duchess' representatives, however, insist she has no plans to become a politician, while experts doubt that she will be able to compete against high-profile Democrats.