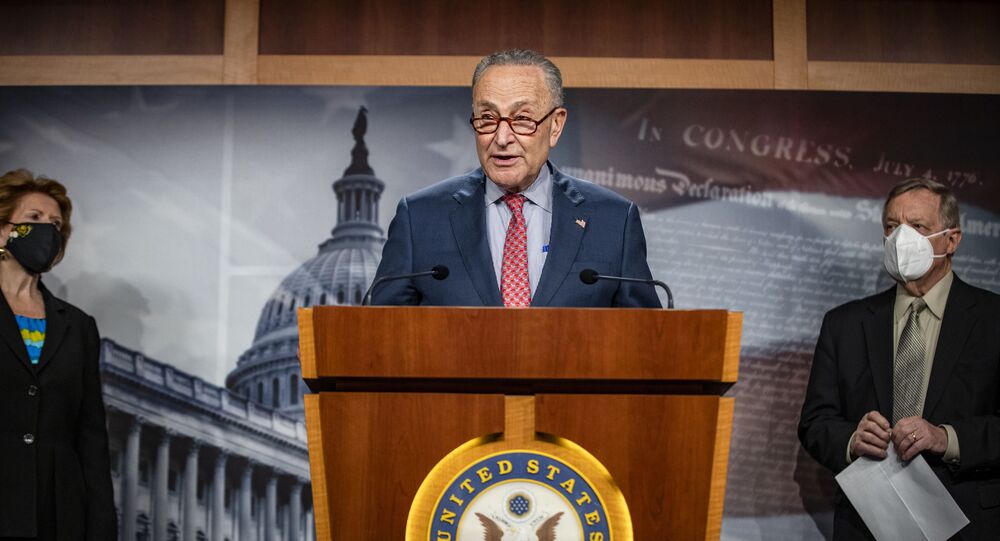 WASHINGTON (Sputnik) - The chairs of multiple Senate committees have been instructed to work with Republican colleagues on legislation promoting an American edge over China in new and existing technologies such as semiconductors, robotics and advanced communications, Majority Leader Chuck Schumer said on Tuesday.

“On the China bill, we have good bipartisan support,” Schumer told reporters. “The centerpiece is a bipartisan proposal, the Endless Frontiers Act, proposed by myself and [Republican Senator] Todd Young.”

While the legislation is still being written in multiple committees, the Endless Frontiers Act introduced by Schumer and Young last year would establish a new US Directorate for Technology, create a regional technology hub program and mandate periodic reports on economic security, as well as ongoing research and innovation.

The Schumer-Young legislation contains an "initial list" of 10 "Key Technology Focus Areas," including semiconductors, biotechnology, quantum computing and cybersecurity – areas where the US faces stiff competition from China.

Schumer said Senate Democrats have yet to decide which legislative priority to tackle next, with immigration reform another possibility.

However, media reports suggest that the China legislation presents an attractive option for gauging the willingness of Senate Republicans to work with Democrats on some issues - especially with passage of the $1.9 trillion American Rescue Plan without a single Republican vote.