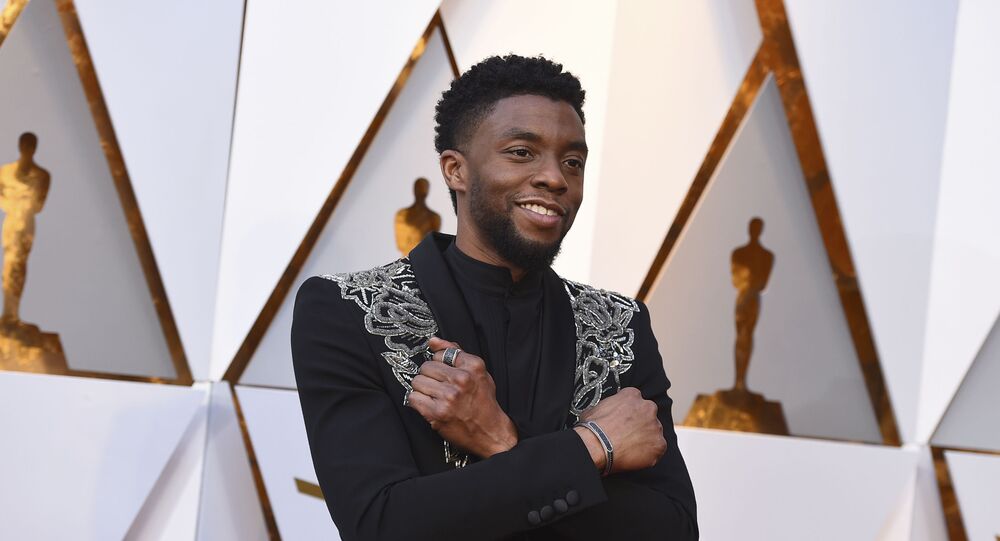 Oscars 2021: Chadwick Boseman Wins a Best Actor Nomination From Beyond the Grave

The nominations are in for the 93rd Academy Awards with many films which have not or will not see the inside of a cinema up for honours. The COVID-19 pandemic caused moviehouses around the world to shut down for most of 2020.

Chadwick Boseman - who died of cancer in August - has been nominated for Best Actor for his role in Ma Rainey’s Black Bottom, a movie which came out on Netflix.

Boseman, 43, played Levee Green, a temperamental but talented trumpet player, Levee Green, in the ensemble film about Ma Rainey, a jazz and blues performer, in the United States before the First World War.

Boseman will be the favourite to get the Best Actor award but he is up against Anthony Hopkins for The Father, Riz Ahmed for Sound of Metal, Gary Oldman for Mank and Steven Yeun for Minari.​

The Oscar nominations for Best Film included Mank, Nomadland and The Trial of the Chicago 7, which tells the tale of seven anti-Vietnam war protesters who were put on trial on the orders of President Richard Nixon’s attorney general in 1969 after clashes at the Democratic Party convention in the Windy City.

Steven Yeun just made history as the first-ever Asian American to be nominated for Best Actor at the #Oscars pic.twitter.com/JmM0zJ6koW

The nominees for Best Actress were Carey Mulligan for Promising Young Woman, Frances McDormand for Nomadland, Vanessa Kirby for Pieces of a Woman, Viola Davis for Ma Rainey's Black Bottom and Andra Day for The United States vs. Billie Holiday.​

Director David Fincher's Mank, a drama about 1940s Hollywood screenwriter Herman J. Mankiewicz, got the most Oscar nominations overall, with 10.

The Oscars will be handed out in Hollywood on 25 April and six films got six nominations apiece - The Father, Judas and the Black Messiah, Nomadland, Minari, Sound of Metal and The Trial of the Chicago 7.

She is now the most-nominated Black actress EVER, and the only Black woman with two Best Actress nominations. pic.twitter.com/gVWMoDSkU9

The other nominees were Glenn Close in Hillbilly Elegy, Olivia Colman in The Father, Amanda Seyfried in Mank and Yuh-Jung Youn in Minari.

Congratulations @MariaBakalova96 on your #CriticsChoice award for the courage, grace and joy you brought to Borat's Tutar! Maybe this makes up for having to be alone in a room with Rudy Giuliani?! pic.twitter.com/Z3ksJxk049