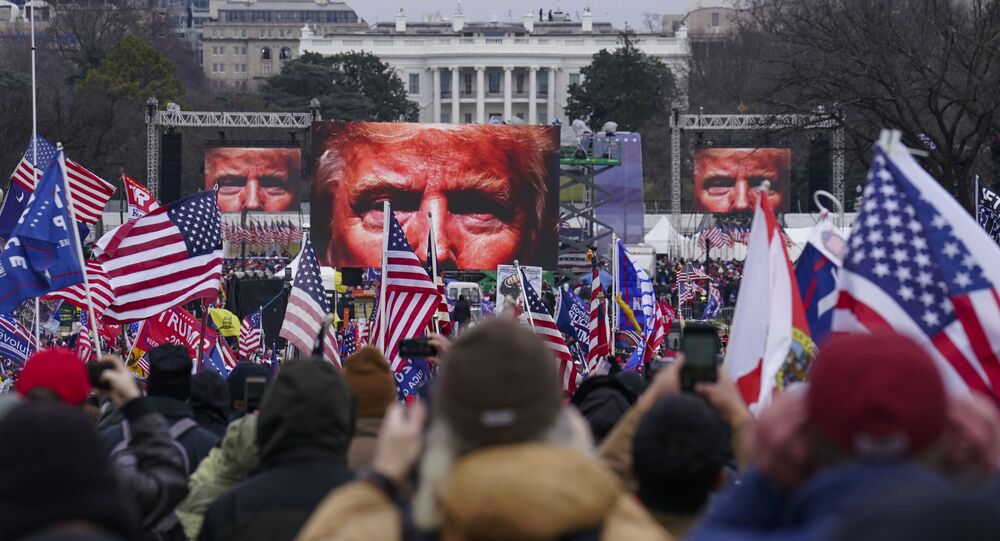 The former one-term US president, Donald Trump, is an uncommon political figure in several respects. Among his accomplishments, he was the first president in US history to be impeached twice, and has been simultaneously labeled the ‘most peaceful’ and the most ‘bellicose’ inhabitant of the Oval Office.

Alabama Republicans prepared a resolution declaring Trump to be “one of the greatest presidents of all time.” The initiative reportedly came from former state GOP representative Perry Hooper Jr.

The paper describes Trump as one of “the most effective Presidents in the 245-year-history of this Republic.”  Among his achievements were mentioned the so-called Operation Warp Speed for delivering “safe and effective COVID-19 vaccines in record time,” the “largest tax cuts and reforms in American history,” the withdrawal from “the job-and-trade-killing Trans-pacific Partnership and NAFTA” and designating “three constitutional conservative justices to the US Supreme Court.”

The southern US state’s GOP cabal also claimed low unemployment rates under the previous administration, initiatives to enhance US military branches and a number of military actions in the Middle East.

“My two favorite Presidents are Ronald and Donald. Both President Reagan and President Trump Made America Great Again and have the facts to back that statement up!” Hooper gushed to an Alabama political reporter.

The Alabama Republican executive committee unanimously approved the move on 27 February. A copy of the resolution suitable for framing will be presented to the 45th US president at his private Mar-a-Lago resort in Florida by Hooper this weekend, according to reports.