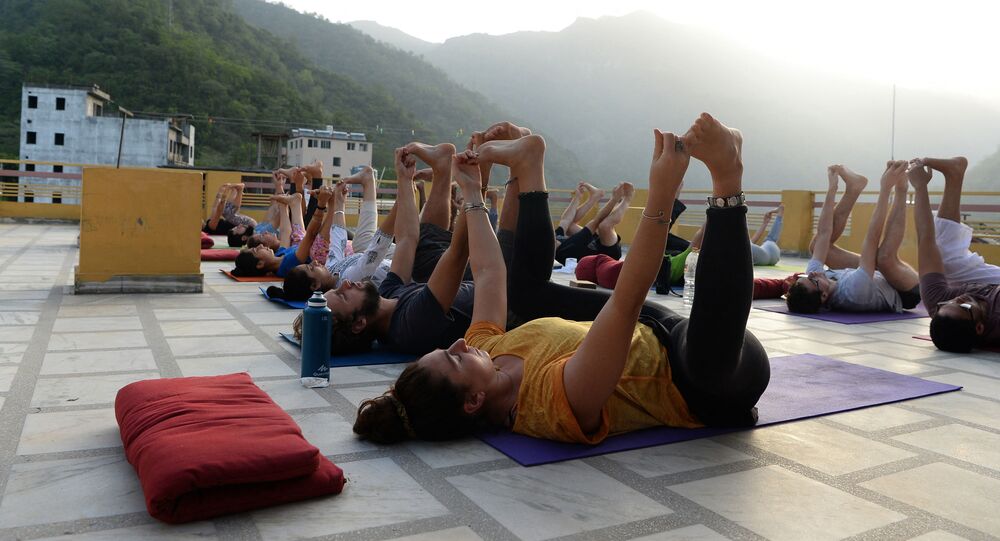 Yoga, which first originated in ancient India, is practiced in Hinduism, Buddhism and Jainism due to its meditative and spiritual aspects. Alabama’s Board of Education banned yoga and meditation from K-12 schools in 1993 due to its link to eastern religions.

The Alabama House of Representatives on Friday passed a bill to end the state’s almost 30-year old ban on teaching yoga in public schools.

The House passed the bill by Rep. Jeremy Gray, D-Opelika with a vote of 73-25, The Hill reported.

The bill would allow students to learn and practice various yoga poses and stretching techniques.

“All poses shall be limited exclusively to sitting, standing, reclining, twisting, and balancing" and "all poses, exercises, and stretching techniques shall have exclusively English descriptive names," the bill outlines.

"Chanting, mantras, mudras, use of mandalas, and namaste greetings shall be expressly prohibited," adds the legislation, which would give students the option not to practice yoga.

Gray, who has advocated to remove the ban for the past three years, believes yoga exercises will enhance students’ mental and physical wellbeing. As a former cornerback at North Carolina State University, Gray has been practicing yoga for seven years himself.

“Concentration. Breathing. A lot of young people deal with their temperament. Anger. And so, yoga helps with that,” Gray told AL.com.

"I've been in yoga for seven years. I know the benefits of yoga, so it was very dear to my heart, and I think Alabama will be better for it," Gray said.

“On a physical note, if you’re an athlete or you just want to be flexible and mobile, it helps in that aspect. So, studies show that yoga has been proven to work,” he added.

Gray also noted that many people may be misinformed when it comes to yoga.

“A lot of my colleagues just got a lot of emails about it being a part of Hinduism. If you can do it at the local YMCA, you can do it at churches, why is it a problem when it comes to K-12 public schools? Some people, you can never change their minds,” he said.

Guru Among Us: Sleepy Doggo Shows Its Best at Yoga Class