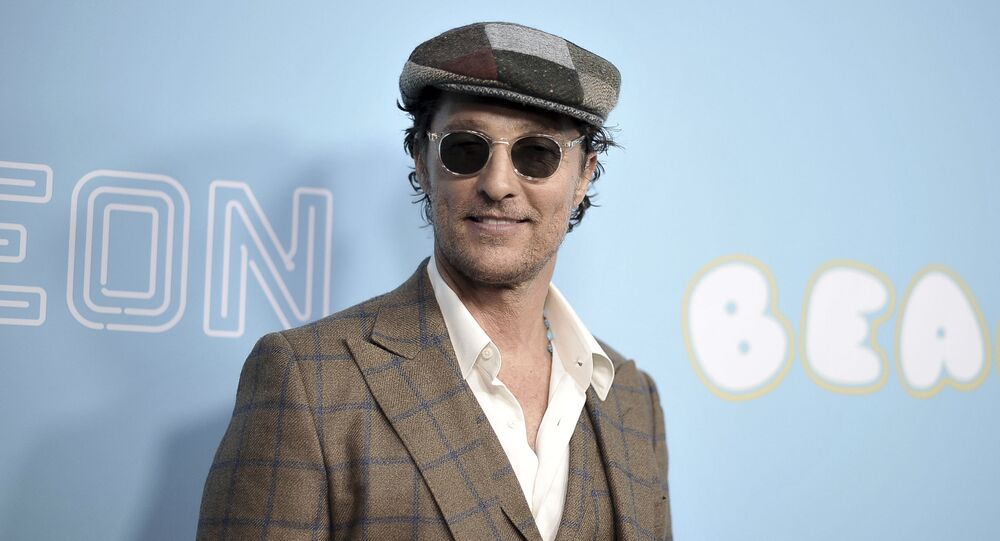 The next gubernatorial election in Texas will take place in 2022, with contenders likely to include current Gov. Greg Abbott and former Rep. Beto O’Rourke (D-TX). However, as of late, it seems the race may also see the participation of a certain Texan from the silver screen whose well-known tagline is “alright, alright, alright.”

Oscar-winning actor Matthew McConaughey, known for films such as the 1993 indie “Dazed and Confused” and 2013’s “Dallas Buyers Club,” has teased Americans yet again by hinting that he may toss his name into Texas’ upcoming gubernatorial race.

In a recent interview with NBC’s “Today,” McConaughey told host Al Roker that he is seriously considering running in the 2022 race, but that he remained unsure whether he would “be most useful” in public office.

“It’s a very honorable consideration. So am I considering that? Sure. It’s a great thing too, and an honorable thing to be able to consider,” the actor said. “What I’ve got to choose for myself is, I want to get into a leadership role in the next chapter of my life.”

“Now, what role am I going to be most useful in? I don’t know that that’s in a political position or if that’s me as a free agent. So that’s something I’m personally working on, is: What is my position of most use in a leadership role?” he questioned.

When pressed on whether he wanted to make a certain political announcement to viewers, McConaughey redirected the attention to urge the audience to tune into his March 21 virtual benefit concert, which was organized to help Texans in the aftermath of the deadly winter storm that affected much of the state.

McConaughey, however, is no stranger to flirtations with public office. In fact, earlier this week during an interview with Rania Mankarious of “The Balanced Voice,” the Texas native stated that running was a “true consideration” for him. He later made statements that were largely echoed during the Roker sit-down.

Even earlier, when McConaughey was on a promotional book tour for his memoir “Greenlights,” he told conservative radio host Hugh Hewitt in November that he would be interested in a life of politics when it “redefines its purpose.”

At the time, the “True Detective” actor argued that “politics seems to be a broken business,” and that he wants to “get behind personal values to rebind our social contracts with each other as Americans, as people again.”

While McConaughey has yet to officially make any announcement on the subject, netizens have some mixed feelings about his potential steps into the political world.

Born and raised in the Lone Star State, McConaughey has most recently spent his time aiding with relief efforts in Texas and running his Just Keep Livin’ foundation to empower today’s youth. A graduate of the University of Texas at Austin, McConaughey has also served as a professor at the institution since 2015.

Oscar-Winner Matthew McConaughey Flirts With Idea of Running for Texas