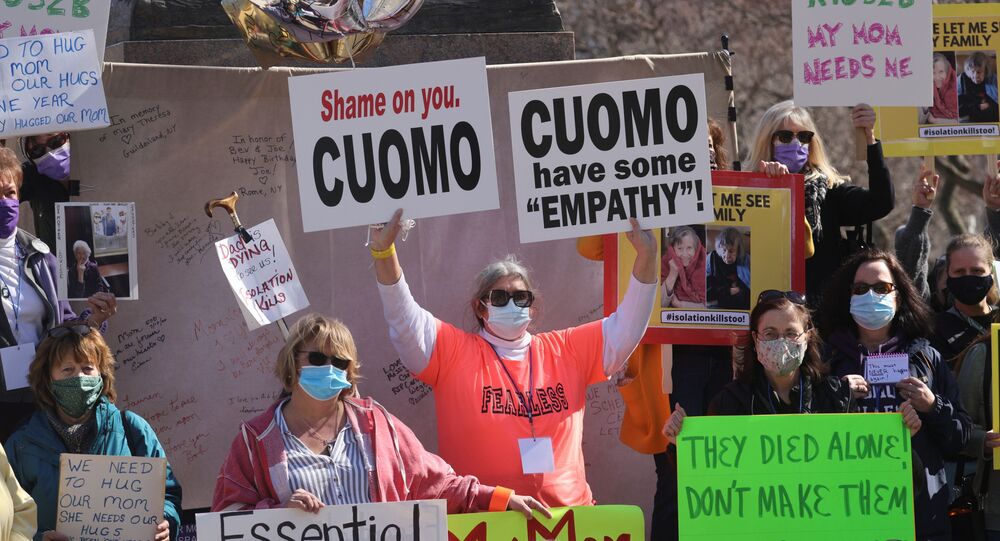 US Congress members, including, New York Democrats Alexandria Ocasio-Cortez and Jerry Nadler along with  Jamaal Bowman, have sided with other lawmakers who are demanding Cuomo’s resignation amid the ongoing scandals regarding sexual assault accusations and coronavirus-related deaths in state nursing homes.

In a joint statement, Ocasio-Cortez and Bowman commented on the sixth and most recent allegation of misconduct by Cuomo, saying "the fact that this latest report was so recent is alarming, and it raises concerns about the present safety and well-being of the administration’s staff.”

According to lawmakers, the claims “have all been consistent and highly-detailed, and there are also credible media reports substantiating their accounts."

Nadler tweeted that Cuomo’s “accusers are credible and the charges against him are serious,” adding that an investigation must be properly concluded before any further action be taken.

“But there is a difference between formal investigations that may end in criminal charges and a question of confidence in our political leadership […] Governor Cuomo has lost the confidence of the people of New York. Governor Cuomo must resign,” he stated.

Cuomo earlier refused to resign amid an avalanche calls to do so, denying all allegations about his sexual misconduct, claiming that he has “never abused, harassed or assaulted anyone.”

The New York governor has been accused by six women of sexual molestation and harassment. This week, New York State Assembly lawmakers introduced a resolution to impeach Cuomo and on Thursday, Assembly Speaker Carl Heastie announced that he had authorized the Assembly Judiciary Committee to start an impeachment investigation over Cuomo’s scandals, coronavirus-related deaths in New York nursing homes and sexual misconduct.

Last month, New York Attorney General Letitia James issued a report depicting that the state's Department of Health had hidden as much as 50 percent of coronavirus-related deaths that occurred in nursing and senior care homes.

Cuomo has been frequently excoriated for his approach to the deadly pandemic, as COVID-19 mortality rates among elderly patients around the state remain at high levels. In March 2020, he ordered that nursing homes in the state provide medical care for elderly patients with coronavirus symptoms although many of the facilities were not properly prepared due to a lack of sufficient personal protective equipment and very few testing kits.