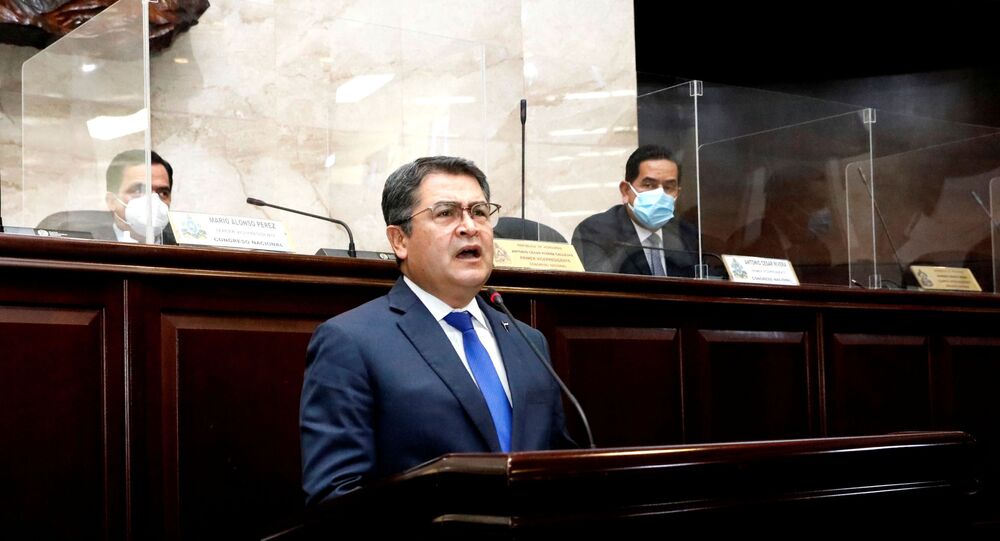 US prosecutors have extended the list of charges against Honduran President Juan Orlando Hernández as part of the trial of alleged Honduran drug dealer, Geovanny Fuentes Ramírez. Hernández has been repeatedly accused of assisting illegal drug networks to sell cocaine in the US.

Honduran drug dealer and former leader of the Los Cachiros cartel, Devis Leonel Rivera Maradiaga, claimed in a US federal court on Thursday that he had bribed a number of high-ranking Honduran politicians, including the nation's current president, Juan Orlando Hernández, The Washington post reported.

Maradiaga, who was testifying in the trial of drug trafficker Geovanny Fuentes Ramírez, who is indicted on drug trafficking and arms possession, claimed under oath that he passed $250,000 in cash to Hernández’ sister, Hilda, in exchange for help to evade arrest.

“It was for protection so neither the military nor preventative police would arrest me or my brother in Honduras and so we would not be extradited to the United States,” he said.

Earlier this week, the federal prosecutor's office for the Southern District of New York prepared a claim accusing the Honduran president of helping organizing drug traffic in the US. The assistant prosecutor, Jacob Harris Gutwillig, cited testimony alleging that Hernández was mentioned at meetings with Ramirez in 2013 and in 2014 for his plans to organize cocaine smuggling.

The defense previously stated that it does not trust the witness, as he gave evidence in exchange for asylum in the US. Hernández, in turn, earlier denied any connection with drug trafficking in Honduras and said that the claims were false, as former cartel members intend to kill him to get their sentences reduced.

In 2019, one of president’s brothers, Juan Antonio Hernández, was convicted of drug trafficking. As part of this case, the president was also said by US prosecutors to be involved in the drug trafficking activities in Honduras by accepting over $1 million from the head of one of the biggest Mexican drug cartel leaders, Joaquín “El Chapo” Guzmán, but no formal charges were brought against Hernandez at that time.