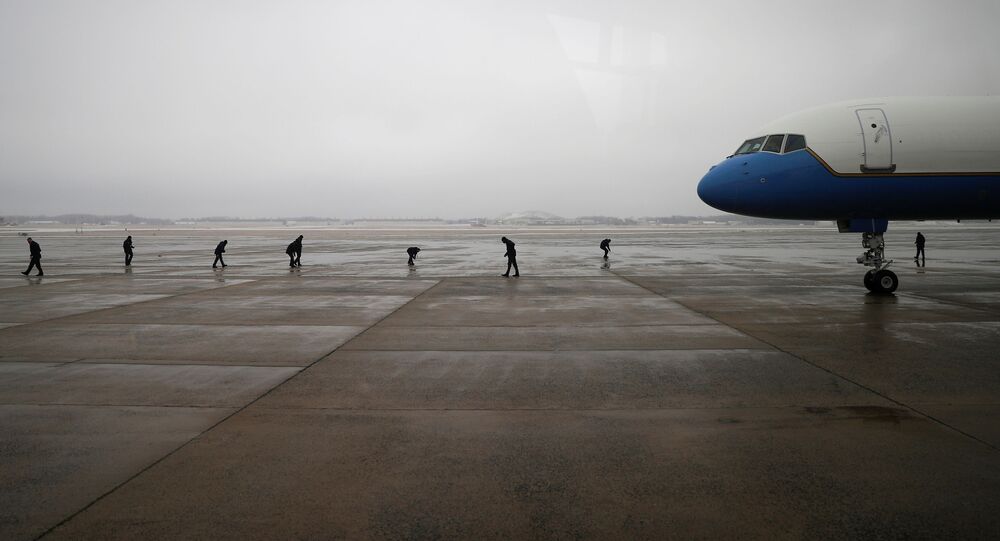 WASHINGTON, March 12 (Sputnik) - Human error allowed a member of the public to walk into Joint Base Andrews outside Washington, DC and board a C-40 military aircraft used to fly Cabinet members and senior military commanders, the Department of the Air Force Inspector General said in a review.

"The Department of the Air Force Inspector General’s review of the February 4 unauthorized access incident at Joint Base Andrews, Maryland, cited three issues that led to the wrongful entry of a civilian man onto both the base and a US Air Force C-40 aircraft on the flightline," the US Air Force News Service (AFNS) said in a report on the review on Thursday.

First, an Air Force gate guard failed to follow proper procedures, and inadvertently allowed the man access to the base. Second, the automatic gate at the entry control point failed, allowing him to walk to the flightline. Third, personnel on the flightline failed to observe the man. Additionally, others on the aircraft did not challenge his presence, the review said.

When the individual left the C-40 aircraft, he walked toward the entry control point and was finally intercepted by 316th Security Forces Squadron personnel after someone in the passenger terminal had alerted them. The man was then arrested for unauthorized access to the flightline and turned over to local authorities, the review said.