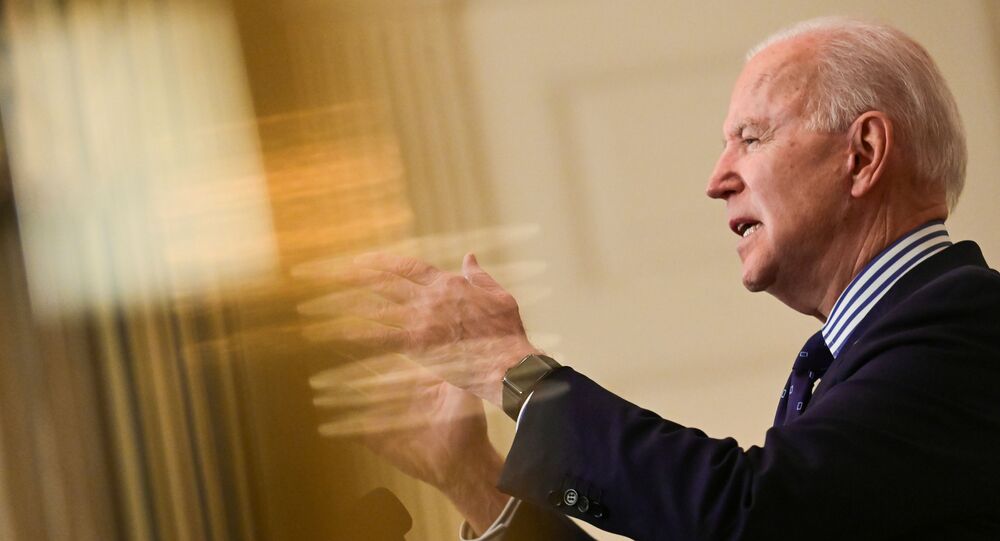 Earlier, Janet Yellen was sworn in as the Biden administration’s Treasury secretary, marking her as the first woman to hold the post. Having been confirmed by a large bipartisan majority of the Senate, Yellen’s newly-acquired role will see her spearhead the White House’s response to the COVID-19-related recession.

US President Joe Biden revealed on Tuesday that he would be nominating four individuals to execute key posts of the US Department of Treasury, in an effort to round out the unfilled positions at the agency.

The announcement, which came as the administration is preparing to implement its $1.9 trillion COVID-19 relief package, indicated that the Biden White House intended to fill posts for the Treasury’s undersecretary for domestic finance and assistant secretaries for tax policy, economic policy and legislative affairs.

Filing the undersecretary post would be Nellie Liang, a former official with the Federal Reserve who would help to bolster Yellen’s team of professionals intended to create policies that will allow a tougher oversight of Wall Street.

According to Bloomberg News, despite not yet being confirmed for the role, Liang has already taken up efforts to assist Yellen by serving as the “point person for cross-agency discussions” regarding regulation and stability. Specifically, Liang reportedly took part in talks over the social media-driven GameStop market fiasco that unfolded earlier this year.

With over 30 years of experience under the Federal Reserve, Liang most notably served as the US central bank’s director of the financial stability division between 2010 and 2017, and worked to develop regulations with a focus on risks related to financial firms and markets.

Screenshot/News
Screenshot captures image of Nellie Liang, a former Federal Reserve official who has since been nominated by the Biden administration to serve as the undersecretary for domestic finance at the US Department of Treasury.

Liang’s position as director was created in the aftermath of the 2008 financial crisis, which was primarily prompted by the vast deregulation that allowed banks to participate in hedge fund trading, a move that ultimately backfired and left homeowners owing more on their mortgages than they were actually worth.

Liang has played a central role in designing one of the first so-called “stress tests” that paved the way for helping to restore confidence in the banking sector following the 2008 crisis. Since parting with the Federal Reserve in 2017, Liang has remained a key critic of the deregulation practices that the central bank took up under the Trump administration.

In fact, under the Trump White House, Liang was nominated to serve on the Federal Reserve’s board of governors in late 2018 but eventually withdrew herself from consideration over concerns that the prolonged confirmation process would have left her in “professional limbo for too long.”

Among the list of Biden’s nominees is also Lily Batchelder, who is expected to play a pivotal role in outlining US tax regulations if confirmed to serve as the assistant secretary for tax policy.

Under the Obama administration, Batchelder served as the deputy director of the White House National Economic Council from 2014 to 2015, specifically working on tax matters related to reform, low-income benefits and retirement policies.

Screenshot/The Graduate Center, CUNY
Screenshot captures Lily Batchelder, who is expected to serve as the assistant secretary of tax policy at the US Treasury, if confirmed by the Senate. Batchelder has long been an advocate for using the current tax code to ease income inequality.

Batchelder also worked on Capitol Hill from 2010 to 2014 as the majority chief tax counsel on the Senate Committee on Finance. Throughout her career, Batchelder has long been an advocate for using the tax code to ease income inequality and strengthening the estate tax.

Batchelder has most recently served under Biden’s transitional team with the US Treasury, and worked as a professor with New York University’s School of Law and Wagner School of Public Service.

Harris previously worked as the senior economic adviser during Biden’s campaign, and when Biden held the vice presidency role under the Obama administration. He also held the senior economist role with the Council of Economic Advisers.

As for Davidson, he has worked on Capitol Hill for over 20 years, and most recently worked with the Biden transition team on the confirmation of economic nominations. During his time at the Capitol, Davidson took up the chief of staff position when working for Sen. Michael Bennet (D-CO).

Yellen remarked in a Wednesday statement that the nominations of Liang, Batchelder, Harris and Davidson will be “key” to doing “all they can to accelerate the recovery” of the US economy in the wake of the recent passage of COVID-19 relief package.

“They have devoted their careers to the work of strengthening the American economy and have done it with integrity. Given their extensive qualifications, I look forward to their confirmations,” Yellen added.

All four positions will be subject to Senate confirmations.