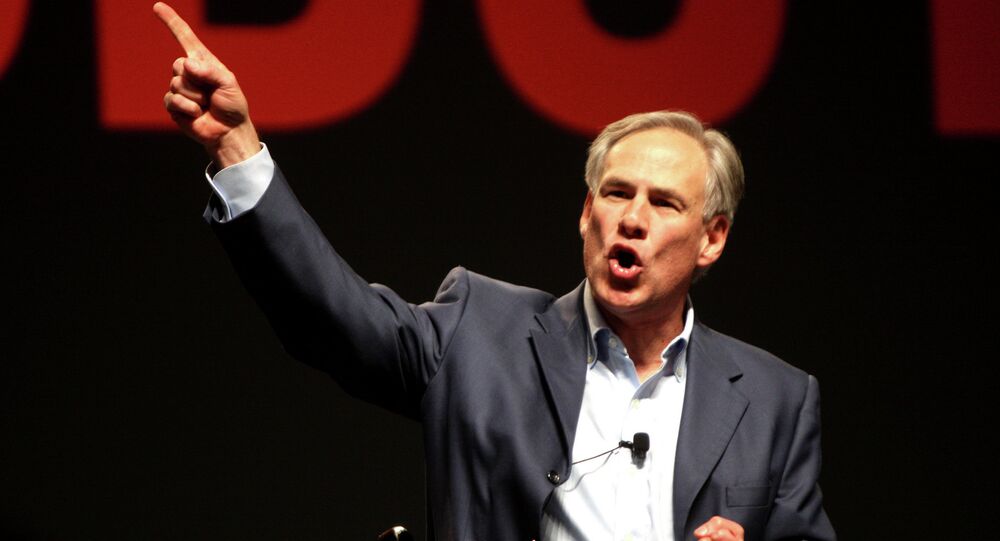 It was not immediately clear why Abbott decided to target Gab but his comments have irked the platform's CEO.

“Anti-Semitic platforms like Gab have no place in Texas and certainly do not represent Texas values,” Abbott said in a short video picturing him and representatives Phil King and Craig Goldman, plugging Legislation “fighting anti-Semitism."

​Shortly after the governor’s post, Gab CEO Andrew Torba scrambled to respond, pointing to the inconsistency of Aboot's attack and his “stand against Big Tech censorship.”

“Tonight Texas Governor Greg Abbott, a ‘Republican,’ issued a despicable and false statement smearing Gab as an “anti-semitic platform,“ the CEO said. “This is the same Gov. Abbott who just five days ago said he was ‘taking a stand against Big Tech censorship.'"

Torba said that unpopular views may be found on Gab's website because the platform protects “the political speech of all Americans, regardless of viewpoint, because in this age of cancel culture nobody else will."

The CEO also highlighted the fact that the GOP's Texas branch  has a verified Gab account.

“Gov. Abbott’s statement will likely not sit well with the nearly 800,000 Texans who have visited Gab.com in the past 24 hours alone,” he said.

Gab is an alternative social media platform that claims to collect less user data than other apps, while not enforcing strict rules banning freedom of speech. The network started to gain traction among conservatives after Twitter and similar platforms cracked down on users posting controversial views following the 6 January protests on Capitol Hill.

The suspension of another alternative social media platform – Parler – prompted Gab to gain hundreds of thousands of users, according to Fortune. Prior to the ban by Amazon due to a "very real risk to public safety," Parler enjoyed an influx of users, many of whom were frustrated by major social media platforms suspending Trump’s accounts for "incitement of violence” after the Capitol riots.

On 6 January, a "Stop the Steal" rally in support of then-US president Donald Trump in Washington, DC morphed into deadly protests with dozens of people breaking into the Capitol building. Five people died as a result of the riot. As a result, Trump was accused of “inciting an insurrection” and impeached by the US House of Representatives on 13 January but was later acquitted by the US Senate, which did not have the 2/3 majority needed to convict him.