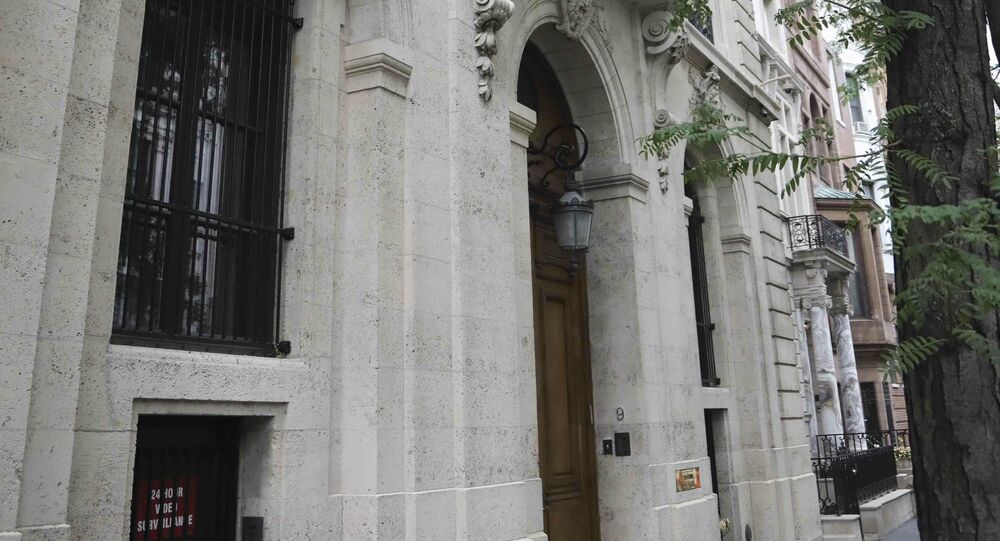 Dozens of women claiming to have been sexually abused by the late US financier Jeffrey Epstein are seeking compensation from the millionaire’s estate. Before his death in a prison cell in August 2019, Epstein pleaded not guilty to sex-trafficking charges.

The Manhattan mansion of ill-fated financier Jeffrey Epstein was sold for around $51 million, his estate’s attorney Dan Weiner told CNN in a statement.

The buyer's identity has remained undisclosed.

Weiner said that the money from the purchase will now be transferred to the  Epstein Victims' Compensation Programme, which was launched to compensate women who said they had suffered abuse from the financier.

The programme’s independent administrator, Jordana Feldman, said in February that the fund would temporarily halt payments to alleged victims because of a shortage of cash. Feldman was planning to start receiving new claims and continue payouts when the financial situation was re-evaluated.

Weiner said that transfer  of money to the fund will allow new claims to be administered.

Feldman hailed the news in a statement to CNN:

"We are eager to resume issuing compensation offers as soon as possible," the administrator said.

"Once we have more information about the amount of funds that will be made available to the programme and when, I will decide when we can lift the suspension and get back to full programme operations."

Back in December 2020, it was estimated that almost $49.8 million was received by an unspecified number of claimants through the programme from June to 31 December 2020 onwards. This amount is said to have risen by several million as of February.

As of last summer, more than a hundred women were expected to file a claim for compensation for being abused and sex-trafficked by Epstein and his accomplices.

The financier died in a prison cell in August 2019 before the start of a trial based on accusations of sex-trafficking minors. He had pleaded not guilty to allegations.

Epstein’s estate, which comprised residences in Manhattan and Florida, as well as secluded property in the Virgin Islands, was valued at $620 million before markets were hit by the global pandemic. It is now estimated to be worth only half that amount, with most of the assets illiquid.

Denise George, attorney-general of the US Virgin Islands, earlier moved to freeze the assets, claiming that the estate’s co-executors have not sufficiently funded the victim’s programme, but her move was recently dismissed by a magistrate.