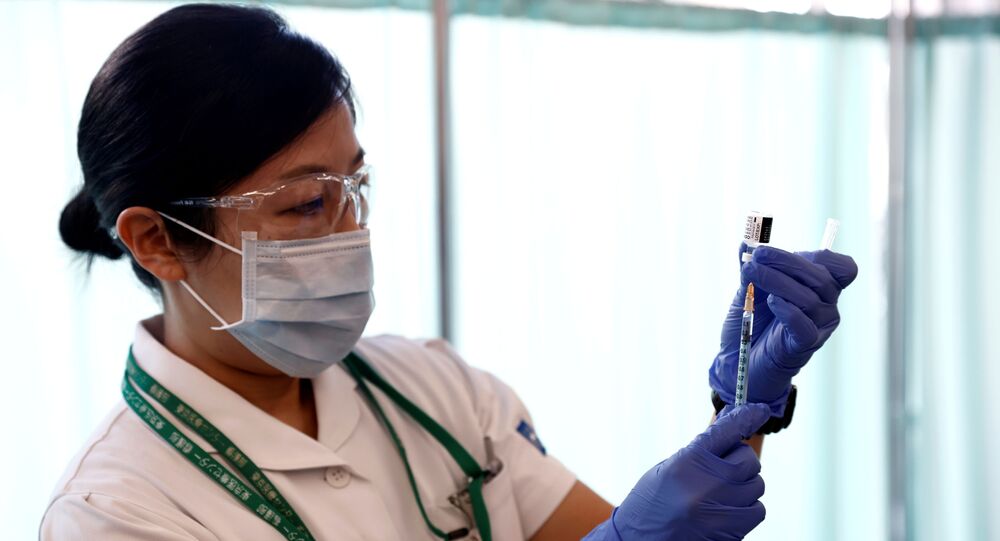 Roll Up Your Sleeves and Do Your Part’: US Ex-Presidents Join Forces to Tout COVID Jabs in Promo Ads

Earlier in March a Trump adviser was cited by Axios as revealing that former president Donald Trump and the ex-FLOTUS had both been vaccinated against the coronavirus at the White House in January, with no images of the procedure available; Trump declared at the Conservative Political Action Conference that "everybody" should "go get your shot".

The living former US presidents, with the exception of ex-POTUS Donald Trump, were joined by their spouses recently to promote national confidence in the COVID-19 vaccination in two ad campaigns released Thursday, according to copies of the videos shown by NBC News.

All of the living former presidents except Donald Trump have banded together for a national ad campaign designed to drive trust in COVID-19 vaccines. https://t.co/PqjcZcxAWJ

The camera zooms in on the former presidents hailing the fact that the COVID-19 vaccines are available to millions of Americans.

"In order to get rid of this pandemic, it's important for our fellow citizens to get vaccinated…So roll up your sleeve and do your part," says Bush in the ad, which is part of the "It's Up To You" campaign.

In Bill Clinton’s words, inoculation paves the way for the US to "go back to work" and "to be able to move around."

"This is our shot," Clinton is heard saying, as close-ups of him and his wife being vaccinated are shown.

Barack Obama waxes sentimental, saying in the footage that he longs to hug his mother-in-law and see her on her birthday. George W. Bush shares his hopes of being able to attend a packed Texas Rangers stadium on Opening Day.

Jimmy Carter holds up his vaccination record card in the video, saying:

The ad is part of an ongoing initiative by the @AdCouncil as a broader vaccine campaign continues to rollout to reach a wide range of Americans.

​The other, 30-second clip, offers footage of Clinton, Bush and Obama talking during President Joe Biden's inauguration in January.

The video, shot when a message was also recorded to tout a "peaceful transition of power" ahead of Biden's inauguration on 20 January, features Barack Obama saying that inoculation is the "first step to ending the pandemic and moving our country forward."

The videos are a joint effort of the Ad Council, which coordinates public service announcements, and COVID Collaborative, a group of health, education and economic experts, claim sources cited by the outlet.

The clips featuring the former presidents placed particular emphasis on the safety of the vaccines.

"The science is clear… these vaccines will protect you and those you love from this dangerous and deadly disease. They could save your life," says Bill Clinton.

The three former POTUSes, Clinton, Bush and Obama, were reportedly vaccinated weeks earlier, having offered in December 2020 to make their inoculations public, with footage of the events saved for subsequent use by the campaign.

“This vaccine means hope,” Obama says in one of the new ads going up today, part of @AdCouncil’s national effort. pic.twitter.com/ffmuOsVjSE

​The release of the videos, claimed not to be affiliated with the Biden administration, was ostensibly timed to coincide with the US President’s plans to mark one year since the spread of COVID-19 had initiated a gradual shutdown of the country.

The two public service announcements are scheduled to air on national and local television stations across the country and on digital and social media platforms, says NBC News.

Former President Donald Trump and ex-FLOTUS Melania Trump were conspicuously absent from the campaign, having reportedly received their jabs before departing the White House in January.

There was no footage available of the former first couple’s vaccination, added sources. No official comment on the developments has yet been made by Donald Trump’s office.

The developments come ahead of the White House's national campaign aimed at reducing vaccine hesitancy, hoping to target Americans skceptical of the jabs, particularly African Americans, Latinos, rural residents and military families, according to recent data.

A recent survey by the Kaiser Family Foundation showed that among Black Americans, 43 percent say they want to “wait and see” how the jabs work for others, first.

Medical experts in the United States are calling on celebrities to get the #COVID19 vaccine to increase public confidence.

​Joe Biden, who has vowed there will be enough jab doses for all eligible Americans by the end of May, publicised his vaccine shot, as did Vice President Kamala Harris, seeking to portray the three vaccines available in the US – Moderna, Pfizer/BioNTech and Janssen - as safe, sources were cited as acknowledging.