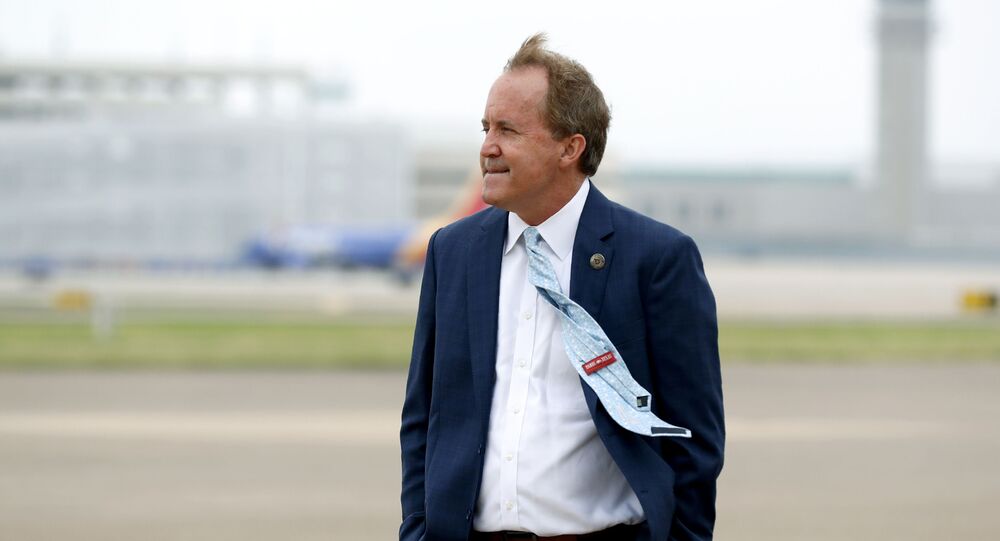 Texas Attorney General Ken Paxton has threatened to sue the government of the state’s capital, the city of Austin, if its mayor doesn’t lower the city’s mask mandate and other COVID-19 related restrictions in line with previous dictates by the Lone Star State’s governor.

“The decision to require masks or otherwise impose COVID-19-related operating limits is expressly reserved to private businesses on their own premises. It does not rest with jurisdictions like the city of Austin or Travis County or their local health authorities," Paxton fumed in a Wednesday letter to Austin Mayor Steve Adler and Travis County Judge Andy Brown that was posted to Twitter.

City/county leaders must not be thinking clearly. Maybe it’s oxygen deprivation from quintuple-masking. Whatever the case, they’ve tried this before. They lost.

Travis County and Austin have a few hours to comply with state law or I’ll sue them. And they’ll lose again. pic.twitter.com/eDqT1QHvGP

​“We have already taken you to court under similar circumstances. You lost. If you continue to flout the law in this manner, we’ll take you to court again and you’ll lose again,” Paxton said, adding that Adler had until 6 pm on Wednesday to comply or “on behalf of the state of Texas, I will sue you.”

Last week, Texas Governor Greg Abbott ordered the state’s mandate to wear protective facemasks in order to limit the spread of COVID-19 to be lifted along with any restrictions on the maximum capacity of indoor facilities, including restaurants, claiming that medical advances have ostensibly limited deaths from the disease. However, he still urged Texans to “not abandon safe practices.”

Texas has suffered the third-largest number of deaths from COVID-19 of any US state, with 45,795 people dying of the disease.

In response to Abott’s move, service industry workers staged a protest outside the Texas Capitol on Monday, demanding greater protections, including an increased rate of vaccination and the retention of the mask mandate.

"In addition to us now facing an increased risk of COVID-19 exposure, we now face increased risk of violence and abuse from customers who will not adhere to our store policies to continue mask policies until the CDC [US Centers for Disease Control and Prevention] advises us they are no longer needed," a joint statement by the convening groups said.

“There are many people in the state that are hearing that as a message that masking doesn't work, it's not effective, or that we're past concern on the virus. And that ambiguity and communication is what I have the biggest issue with,” Adler said.

However, Dr. Mark Escott, the Austin Public Health Interim Health Authority Dr. Mark Escott, said on Tuesday that the area will remain rated at “Stage 4,” during which lifting such safeguards is considered too risky. According to data from the state’s health department, on Wednesday there were 3,104 new confirmed cases of the novel coronavirus, and 4,556 people in the hospital from the disease.