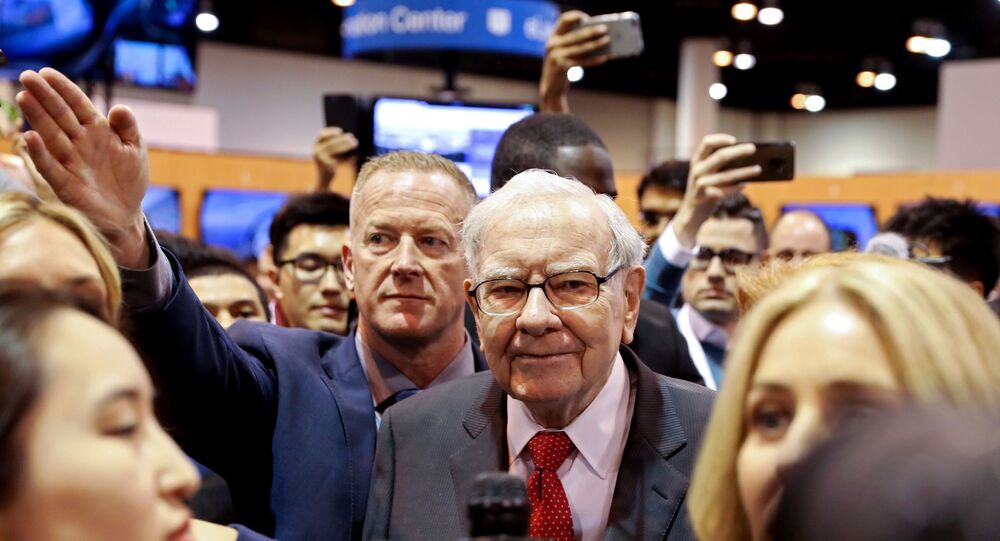 Warren Buffett's Net Worth Soars to $100 Billion, Lifting Him in Billionaires’ Index

According to latest Bloomberg Billionaires Index data, Warren Buffett’s net worth is now estimated at some $100 billion, following a significant price surge by Berkshire Hathaway stock as shares exceeded the $400,000 mark on Wednesday.

Buffett has become the sixth richest person in the world, according to Bloomberg, bypassed by Jeff Bezos, Elon Musk, Bill Gates, Bernard Arnault and Mark Zuckerberg.

Some days ago, Berkshire Hathaway earned $1.2 billion as a result of earlier purchasing a 2.5 percent stake in oil company Chevron at a total cost of $48.5 million.

Last month the 90-year-old investor published his traditional annual letter to shareholders, listing four of Berkshire's most valuable businesses. According to Buffett, the insurance business has been at the heart of Berkshire for 53 years. In second position, he placed the BNSF railway, in third place, 5.4 percent of Apple stock. Buffet also mentioned a 91 percent ownership stake in the energy company Berkshire Hathaway Energy.

According to recent estimates, at the end of 2020, Berkshire Hathaway's annual net revenue amounted to about $42.5 billion, 48 percent less, compared to 2019. The group’s latest quarterly net profit rose 23 percent, to $35.8 billion.