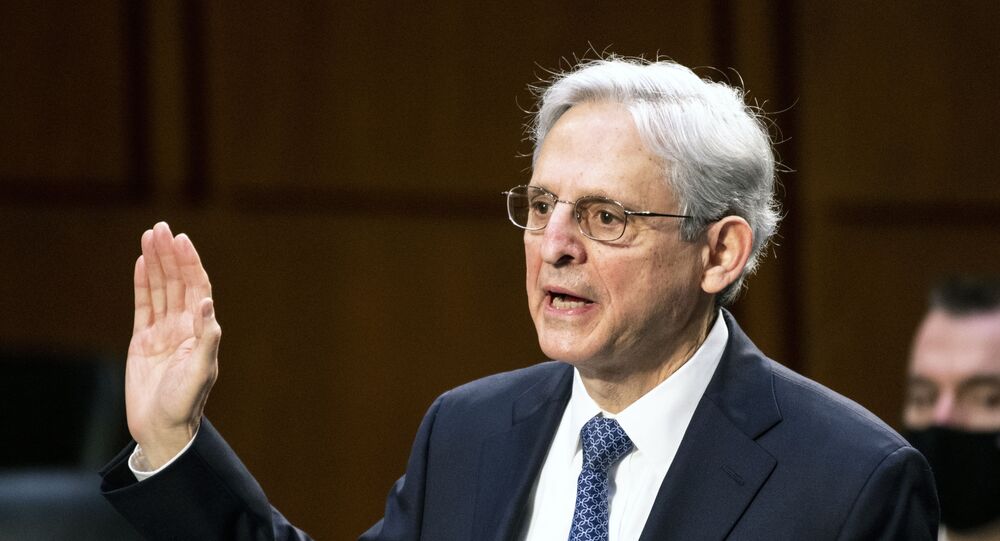 The Senate on Wednesday confirmed Merrick Garland, a judge on the US Court of Appeals for the District of Columbia Circuit, as attorney general. During confirmation hearings last month, Garland promised to depoliticize the Justice Department.

"America can breathe a sigh of relief that we're finally going to have someone like Merrick Garland leading the Justice Department. Someone with integrity, independence, respect for the rule of law and credibility on both sides of the aisle. He understands that the job of the attorney general is one to protect rule of law, unlike the previous attorneys general under President Trump," Senate Majority Leader Chuck Schumer said before the vote, NBC News reported.

Garland has vowed to depoliticize the Justice Department.

“I am not the president’s lawyer,” Garland told lawmakers last week, USA Today reported. “My job is to protect the Department of Justice."

During a briefing last month, Garland told lawmakers that an investigation into the deadly Capitol riots would be his top priority if he is confirmed as attorney general.

"One of the very first things I will do is get a briefing on the progress of this investigation," Garland said at the time, NPR reported. "I intend to give the career prosecutors who are working on this matter 24/7 all the resources they could possibly require to do this."

"We begin with the people on the ground, and we work our way up to those who are involved and further involved, and we will pursue these leads wherever they take us," he added, NBC News reported.

Garland has received support and approval from both Democrats and Republicans alike, who have applauded Garland's legal knowledge and experience.

Garland's confirmation just comes five years after then-president Barack Obama nominated Garland to serve on the Supreme Court. However, the Republican-controlled Senate at the time did not consider Garland's nomination. The position was instead filled by Neil Gorsuch, who was nominated by then-president Donald Trump.

Garland has been a judge on the US Circuit Court of Appeals for the District of Columbia since 1997. As a Justice Department veteran, Garland oversaw federal investigations and prosecutions linked to the bombing of the Oklahoma City federal building.

'Whatever It Takes': UK Won't Be 'Pushed Around' by EU Over Northern Ireland, Attorney General Says