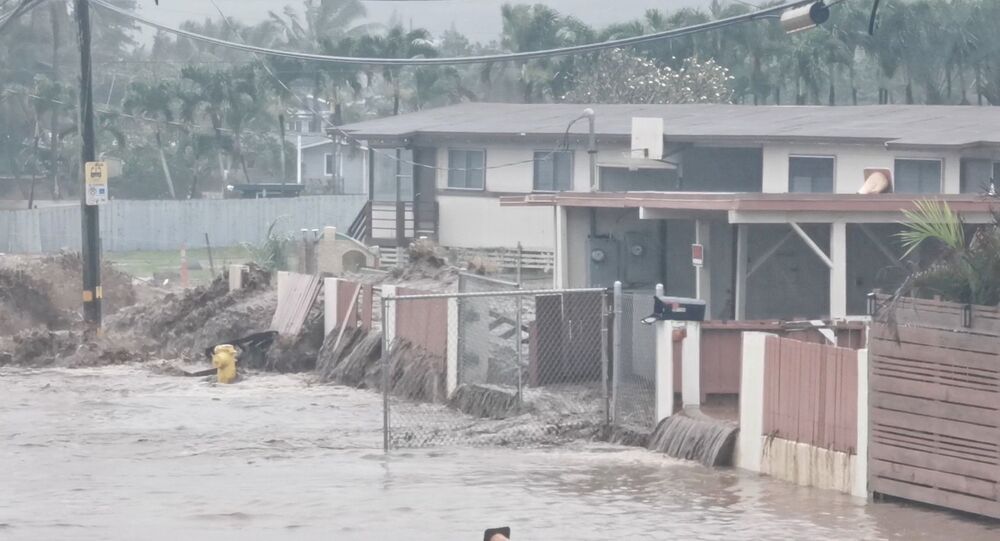 Evacuation orders were issued earlier this week for several areas of Hawai'i, including the islands of O'ahu and Maui, as heavy rainfall brought destructive flash flooding and surging waters. As of this article's publication, no related deaths have been reported.

Democratic Hawai'i Governor David Ige signed an emergency proclamation Tuesday to address the "extensive damage to both public and private property across the islands."

He also highlighted on Twitter that more inclement weather is expected to reach the islands before the week is over.

"The emergency proclamation makes state general funds available that can be used quickly and efficiently to help those impacted by the severe weather, which is expected to continue until Friday," the governor tweeted, linking to the proclamation.

The emergency proclamation makes state general funds available that can be used quickly and efficiently to help those impacted by the severe weather, which is expected to continue until Friday. You can view the proclamation here: https://t.co/AymKvvePYl (2/2)

Honolulu County and Maui County - both hit particularly hard by heavy rains - will receive emergency funds, as well as the counties of Hawai’i, Kalawao and Kaua’i, according to the proclamation.

"CATASTROPHIC FLOODING FROM OPAEULA STREAM: EVACUATE NOW from Haleiwa," read a Tuesday tweet from the The O'ahu Emergency Management.

The order was lifted around 11:30 p.m. local time, approximately seven hours after it was issued, according to Hawai'i News Now.

"It was kind of dry and then all of a sudden!" a Haleiwa couple told Hawai'i News Now. "We thought we were gonna be OK and the next minute it was on our stoop and another few minutes it was going to be in the house."

Storms and flood-waters in Maui County "heavily damaged" Kaupakalua Bridge and "destroyed" Peahi Bridge, according to a Tuesday release. Power outages were also reported within the county.

"This has been unprecedented flooding, and we will be making damage assessments today," Maui County Mayor Michael Victorino said in the release. "I ask everyone to stay vigilant and be safe."