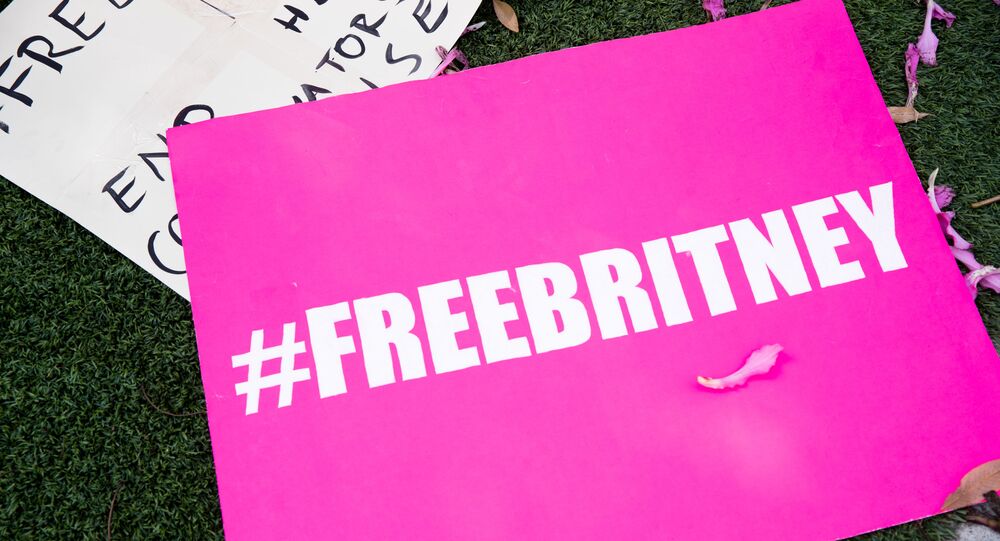 A growing fan-led Free Britney campaign started with a statement published on an eponymous website in 2009. In 2017, the movement gained momentum over an episode of Britney's Gram podcast, in which an anonymous lawyer expressed concerns over the pop star's private life under her father's conservatorship

Jamie Spears, father of the world-renowned pop star Britney Spears, and the family's lawyer have had their say in the wake of House Republicans' decision to call on the House Judiciary Committee to hold a hearing on conservatorships.

Republicans Jim Jordan and Matt Gaetz previously claimed Jamie Spears had "questionable motives" for the conservatorship, according to a letter the two lawmakers sent to House Judiciary Chairman Jerry Nadler.

Speaking on behalf of the Spears family, attorney Vivian Thoreen told TMZ on Wednesday that the conservatorship has been thoroughly formulated and designed, including annual accountings, reviews, and expert opinions.

Moreover, the attorney continued, Britney Spears and her legal team have been involved in decision making for the conservatorship "over [the] years".

"Jamie Spears has diligently and professionally carried out his duties as one of Britney's conservators, and his love for his daughter and dedication to protecting her is clearly apparent to the court", the attorney said in an interview with TMZ.

Britney Spears has been under conservatorship for over 12 years after suffering a mental health breakdown in 2007 and 2008, with many crediting her father, Jamie, with saving his daughter's life at the time.

The campaign #FreeBritney has existed for more than a decade and numerous celebrities have voiced support for it. Members of the movement claim that Spears has been kept prisoner by her father. The campaign saw a resurgence in 2019 after Spears reportedly spent time in a mental facility.