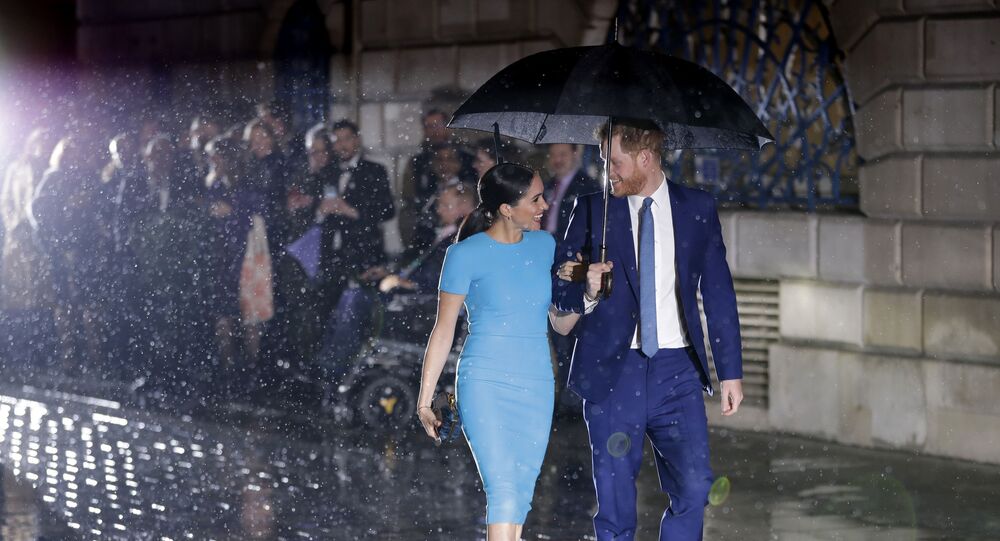 On 7 March, Prince Harry and Meghan Markle's interview was released, causing controversy over unveiled details about the duke's family members and surroundings. The couple spoke candidly about the negative experience they faced after their 2018 wedding.

American viewers appeared to be more compassionate toward Prince Harry and his wife, Meghan Markle, than Britons who saw or read about the revealing interview the couple gave to Oprah Winfrey.

According to the survey, conducted by market research firm YouGov.com among 2,104 American adults, 68 percent of the respondents “have sympathy for Harry and Meghan” while 35 percent said they have “a lot” of sympathy. Only 27 percent showed support for the senior members of the royal family.

The same company interviewed Britons and revealed that 12 percent of the respondents have “a lot” of sympathy for the Sussexes, while 17 percent have “a fair amount” and the third part (33 percent) of Britons have no sympathy at all for Harry and Meghan.

39 percent of those participating in the poll noted that they feel sympathetic toward the royal family but at the same time, Britons “don’t overwhelmingly support” other royals either, as 45 percent expressed a negative attitude toward them. 25 percent said they don't have very much sympathy for them along with 20 percent who simply don’t like the royals.

“Americans tend to believe that it was appropriate for the couple to take part in the interview (44 percent to 20 percent) - in stark contrast to public opinion in Britain where the opposite is true (47 percent call it inappropriate, while 21% say it was appropriate),” the report says.

The survey suggested that 58 percent of Americans believe Meghan’s Markle's racial genotype affected the way she was treated by the royal family and by the British tabloid media.

Prince Harry and Meghan Markle, who earlier quit the royal family and abdicated their status and obligations, gave a two-hour interview to iconic media boss Oprah Winfrey. In the video, released on Sunday, Meghan said she had suicidal thoughts and there had been “concerns and conversations” within the royal circle about how dark the color of their child’s skin would be.

According to the latest data from the CBS channel, where the interview broadcast, over 49 million people watched the Sunday show.