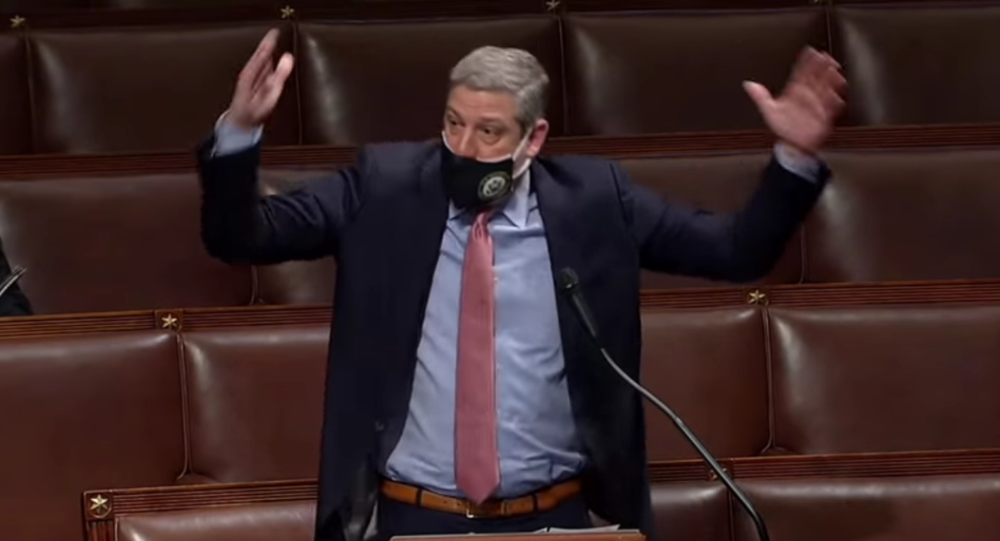 As House lawmakers stand poised to vote on the labor union-empowering PRO Act, one Democrat castigated his colleagues for focusing on a cultural dispute over a popular children’s book series.

"Stop talking about Dr. Seuss and start working with us on behalf of the American workers,” Rep. Tim Ryan (D-OH) thundered in the House on Tuesday, referring to a recent controversy over the author’s estate ending publication of several books containing racial stereotypes.

"Stop talking about Dr. Seuss and start working with us on behalf of the American workers..." — @RepTimRyan on the #PROAct pic.twitter.com/HqQ8SHuMMT

​The Protect the Right to Organize (PRO) Act, introduced earlier this year, would be one of the most powerful measures passed in recent years to empower labor unions. The bill would reverse the “right to work” laws that have proliferated in 27 states, barring unions from reaching agreements with employers that would compel workers to financially support union efforts on their behalf. The laws have helped undermine organized labor’s political power in the United States, where union membership as a percentage of the labor force has halved in the last 38 years to just 10.3%.

Among the PRO Act’s other protections, it would also prohibit companies from breaking strikes by hiring strikebreakers, and would forbid employers from classifying some workers as “independent contractors” in order to deny them workplace protections that would be extended to typical employees, as many workers in the so-called “gig economy” such as at Uber and GrubHub have experienced.

US President Joe Biden, who has cultivated the political image of being a blue-collar champion, has pledged to be “the most pro-union president you’ve ever seen.” Biden has sounded off in favor of the PRO Act several times recently, including on Tuesday.

I believe every worker deserves a free and fair choice to join a union — and the PRO Act will bring us closer to that reality. I urge Congress to send it to my desk so we can summon a new wave of worker power and create an economy that works for everyone.

​“I believe every worker deserves a free and fair choice to join a union - and the PRO Act will bring us closer to that reality,” Biden tweeted. “I urge Congress to send it to my desk so we can summon a new wave of worker power and create an economy that works for everyone.”

The bill has come during a fierce and historic struggle in Bessemer, Alabama, where nearly 6,000 workers at an Amazon Fulfillment Center are in the process of voting on whether or not to form the company’s first labor union, which would be part of the Retail, Wholesale & Department Store Union (RWDSU).

It was earlier reported that Amazon has deployed a wide variety of tactics to try to discourage or frustrate the union drive, including bombarding workers with anti-union messages, changing the timing of traffic lights near the facility to minimize time for organizers to talk to waiting employees, and offering severance packages for workers to quit.

Despite their efforts, the union drive enjoys wide support both locally and nationally, with a group of Democratic members of Congress visiting the facility last week, and Biden giving the effort his blessing. Mail-in voting is continuing until March 27, but supporters of the drive have organized a boycott of Amazon’s various services from March 7 until March 13.