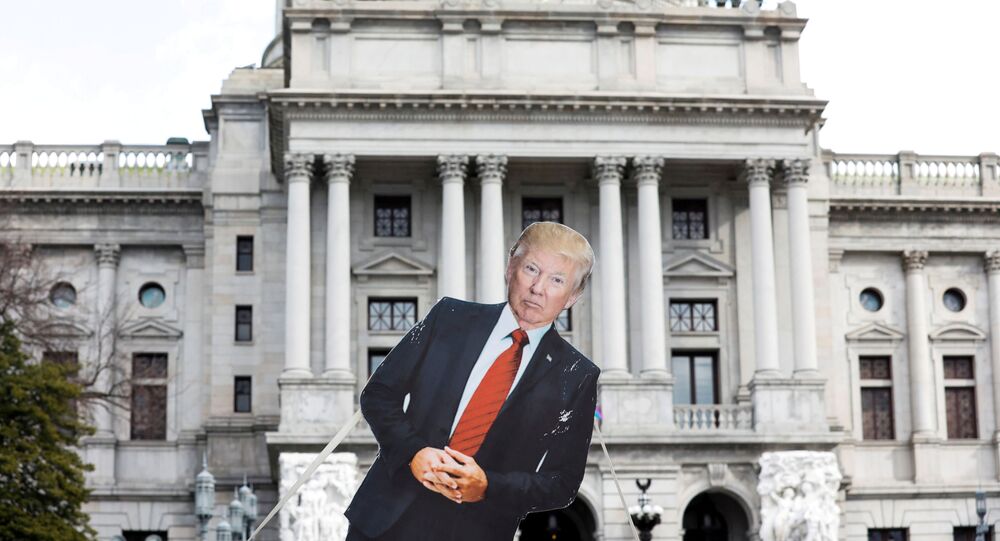 Before leaving the Oval Office to his Democratic successor Joe Biden, the previous US president, Donald Trump, made multiple last-minute appointments to federal boards and commissions, with several of his selections prompting backlash.

A left-leaning government watchdog, Accountable.us, released a report saying that dozens of last-minute Trump appointees are believed to have "burrowed" into civil service jobs in the Biden administration.

“When Donald Trump wasn’t busy undermining democracy in his final days in office, he was packing the government with far-right extremists and industry stooges eager to pursue an agenda of obstruction,” said the website's president, Kyle Herrig. “Because many of these positions fly under the radar, having them filled with antagonists of the Biden administration could sabotage progress on the many crises we’re grappling with.”

Among other people, the website designates acting US attorney, Prerak Shah, Brandon Middleton in the Department of Energy and Robert G. Cameron at the Consumer Financial Protection Bureau.

According to the report, the background of many "last-minute" appointees is "directly conflicting" to the position they were given.

Particularly, Accountable.us mentions Kellyanne Conway, Trump’s "controversial former Senior Advisor", who was tapped to the US Air Force Academy Board Of Visitors; Elaine Chao, former Trump Treasury Secretary and wife of Senate Minority Leader Mitch McConnell was appointed to John F. Kennedy Center For The Performing Arts board of trustees; Trump adviser John Yoo was named to the National Board for Education Sciences Board Of Directors, and many others.

The document also listed over 100 other appointments Trump made in his final days in office, with the jobs not official government positions.

The Biden Cabinet moved to counteract the appointments, particularly with Defense Secretary Lloyd Austin removing many people from Pentagon boards in early February. Among them were Trump appointees Corey Lewandowski and David Bossie, who had earlier served as his campaign advisers.

Trump is not the first US president to hand out positions just before leaving office, as the move is considered typical for outgoing presidents. For example, three days before the end of his tenure, former US President Barack Obama appointed close aides Susan Rice and Valerie Jarrett to the Kennedy Center board.

According to Pro Publica, a non-profit organization describing itself as an independent investigative newsroom, the number of Trump last-minute appointments is "roughly similar" to the tally of previous administrations.