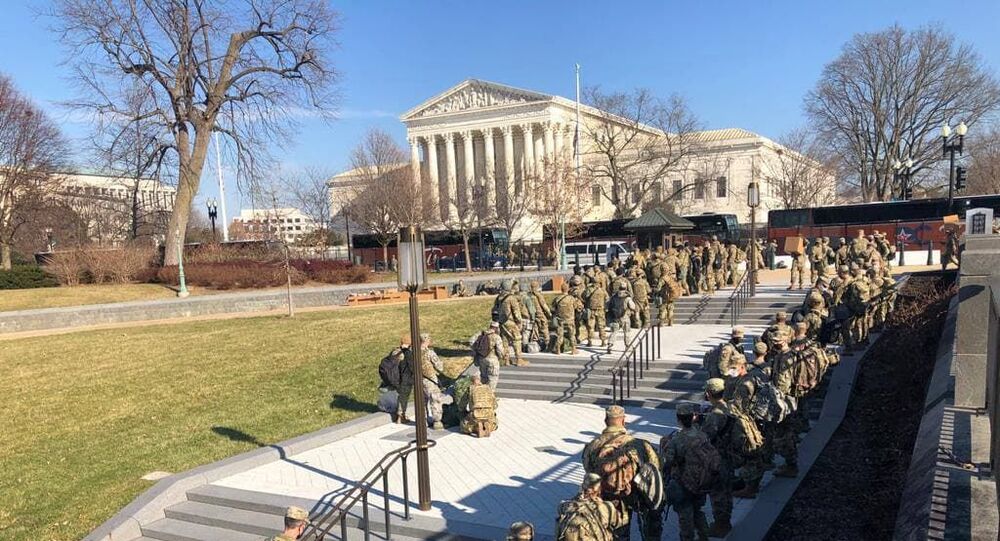 WASHINGTON (Sputnik) - US Defense Secretary Lloyd Austin is nearing a decision on whether to extend the National Guard deployment at the US Capitol for another two months, Defense Department spokesman John Kirby said during a press briefing.

"I can tell you again there is an official formal request here in the building that is working its way up to the Secretary. As I understand it, the analysis behind that request for assistance has been completed. And I would expect the Secretary to be able to look at that analysis and make a decision very, very soon," Kirby said on Tuesday.

Thousands of guardsmen are currently assisting law enforcement officers in protecting the seat of Congress in Washington DC, after the deadly January 6 attack at the US Capitol by a large group of supporters of the former US president, Donald Trump. The original Guard deployment deadline expires on March 12 and Capitol Police have asked for for an additional 60-day extension.

Kirby said the request is for fewer numbers, compared to the current 5,000. According to media reports, Capitol Police asked that the number be kept at 2,200 troops.