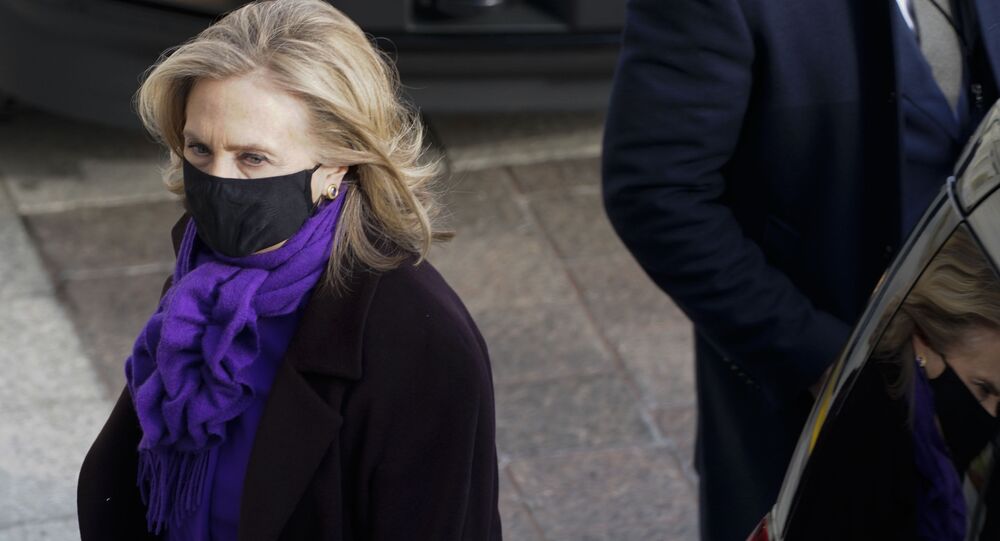 'Something I Do Not Understand': Hillary Clinton Says GOP Has Turned Themselves Into a 'Cult'

Earlier last week, former US Secretary of State and New York Senator Hillary Clinton took to Twitter to mock conservatives who attended at CPAC 2021 and condemned cancel culture, calling the GOP "the party of 'Freedom Fries'". The latter was a political movement to rename French fries in DC after France opposed the 2003 invasion of Iraq.

Former Democratic presidential candidate Hillary Clinton while speaking on Washington Post Live on Tuesday suggested that Republicans are "turning themselves into a cult".

“It is really troubling to see the Republican party turn themselves into a cult and you know, basically pledge allegiance, not to the United States of America, but to Donald Trump — something I do not understand, I cannot accept,” Clinton said.

She noted that she does not understand "why the Republican Party is so afraid of itself" and expressed her belief that a majority of Americans oppose Trump and his policies, given that the Biden-Harris ticket won the 2020 election.

Hillary Clinton: “It is really troubling to see the Republican Party turn themselves into a cult” and “pledge allegiance” to Trump. pic.twitter.com/uzyg1rkkxm

Clinton suggested that some GOP members fear that the former president might support primary opponents who “will demand loyalty to Trump”, and not to party or country.

“I think this will eventually burn out. I hope it happens sooner, not later,” Clinton said, moving on to take a verbal shot at her former opponent. “The country should not be so much in turmoil and really at the whim of someone who is so indifferent to more than 500,000 deaths from COVID, from, you know, white supremacists and nationalists storming our capitol and everything else that he has either blessed or ignored.”

Clinton shared a wish that "more Republicans had had either the courage or the understanding of what they needed to do", referring to Trump's unprecedented second impeachment on charges of "incitement of insurrection" for the deadly 6 January Capitol attack. In February, only seven GOP members supported the Democrats during the second impeachment of the former president.

Former Secretary of State and US senator from New York, Hillary Clinton contested with Trump for the presidency in 2016, but lost the race to her Republican rival.