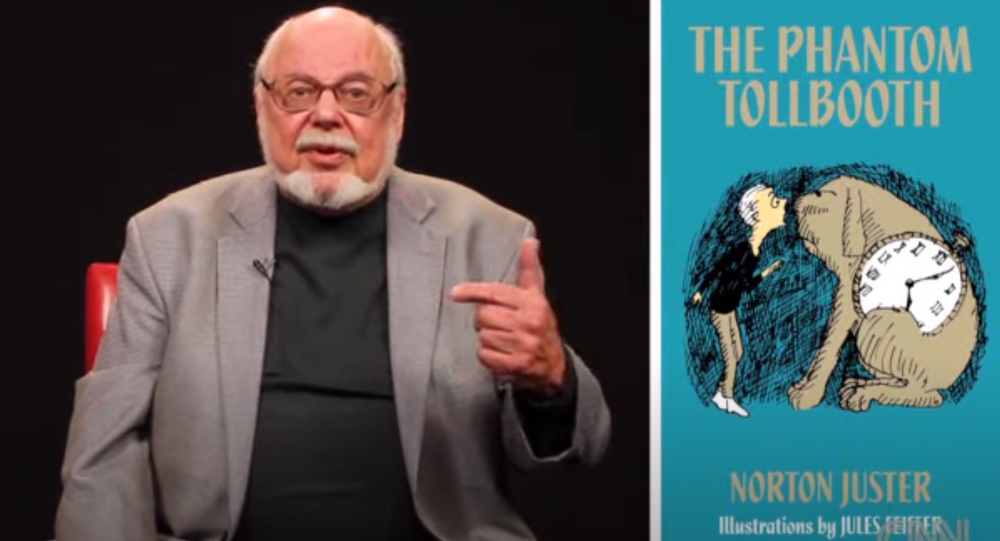 Norton Juster became a household name after publishing "The Phantom Tollbooth" in 1961, but it was architecture that remained his primary pursuit until retirement. The famed author notably referred to himself as an "accidental writer," as creative writing became an outlet during his three-year military stint.

The 91-year-old died as a result of complications from a recent stroke, detailed daughter Emily Juster in a statement obtained by The New York Times.

"My lunch partner, Norton Juster, ran out of stories and passed peacefully last night," Willems tweeted on Tuesday. "Best known for The Phantom Tollbooth and The Dot and the Line, Norton’s greatest work was himself: a tapestry of delightful tales. Miss him."

Best known for THE PHANTOM TOLLBOOTH + THE DOT & THE LINE, Norton’s greatest work was himself: a tapestry of delightful tales.

"To the vector goes the spoils." pic.twitter.com/9PObTjRes7

Juster, born on June 2, 1929, in the New York City borough of Brooklyn, studied architecture at the University of Pennsylvania, and then traveled to Liverpool, England, for urban planning work in graduate school.

Before beginning work as an architect, Juster was enlisted in the US Navy’s Civil Engineer Corps for three years. During this period, he found himself seriously writing to pass time because although the service was a "terrific experience," Juster believed "a lot of your time is wasted."

Juster's first book, "The Phantom Tollbooth" has become a renowned classic for its witty puns, storytelling and implementation of mathematics. The book has sold nearly four million copies to date.

Juster continued to publish books like "Alberic the Wise" and "The Dot and the Line," which was later adapted into an animated short film that won the 1965 Academy Award for Best Animated Short Film.

It is also worth noting that Juster founded the Massachusetts-based architecture firm which became known as 'Juster Pope Frazier,' and designed the Eric Carle Museum of Picture Book Art.

He also taught architecture for more than two decades at Hampshire College in Amherst, Massachusetts.