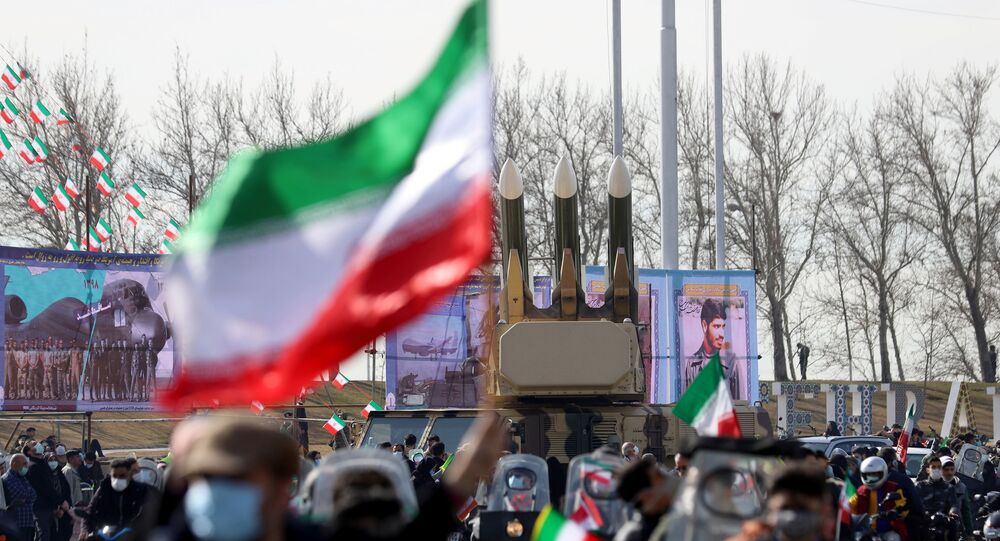 President Joe Biden earlier expressed interest in returning the US to the Iran nuclear deal. So far, however, the White House has demanded that Tehran make the first step in returning to compliance. Iran steered off the deal's provisions in response to US economic sanctions and so far has refused to backtrack unless Washington lifts them first.

A bipartisan group of 140 US House members signed an open letter to US Secretary of State Antony Blinken urging the White House to adopt a more "comprehensive" approach toward Iran and address not only its nuclear programme but also other issues as it negotiates a new deal with the Islamic republic. The signatories insist that Washington address the "full range of threats" purportedly posed by Iran.

"As Democrats and Republicans from across the political spectrum, we are united in preventing an Iranian nuclear weapon and addressing the wide range of illicit Iranian behaviour", the letter says.

So far, the Democrats and the Republicans have failed to reach full unity in regard to what policy Washington should exercise toward Tehran. The 70 Democrats and 70 GOP members who signed the letter addressed to Blinken said, however, that they have "bipartisan consensus" on a range of issues.

The 140 US lawmakers insist that any new deal between the US and Iran must first address three matters that have long concerned Washington: the possibility of Iran obtaining nuclear weapons, the country's ballistic missile programme, and its support of various proxies in the region.

Iran has repeatedly stated that it is not interested in acquiring nuclear armaments, stressing that they go against the country's official religion of Islam. Tehran also dismissed attempts to include its ballistic missile programme in any deal, including a nuclear treaty. The Islamic republic insists that it is the country's sovereign right to develop such weapons and stressed that the missiles' range poses no threat to the US.

President Joe Biden has repeatedly indicated his intent to return the US to the nuclear deal with Iran, while also expressing interest in addressing the issues of its ballistic missile programme and alleged "destructive" behaviour in the region. Biden, however, intended to resolve the last two matters separately after the nuclear agreement is resurrected. His administration, however, encountered issues as it tried to negotiate its return in the nuclear deal due to its demand that Tehran make the first step and return to compliance. Iran dismissed the scenario, refusing to negotiate as long as sanctions remain in effect. The Islamic republic has been gradually withdrawing from its commitments under the 2015 accord since 2019 in response to the Trump administration's decision to ditch the deal and slap Iran with sanctions.