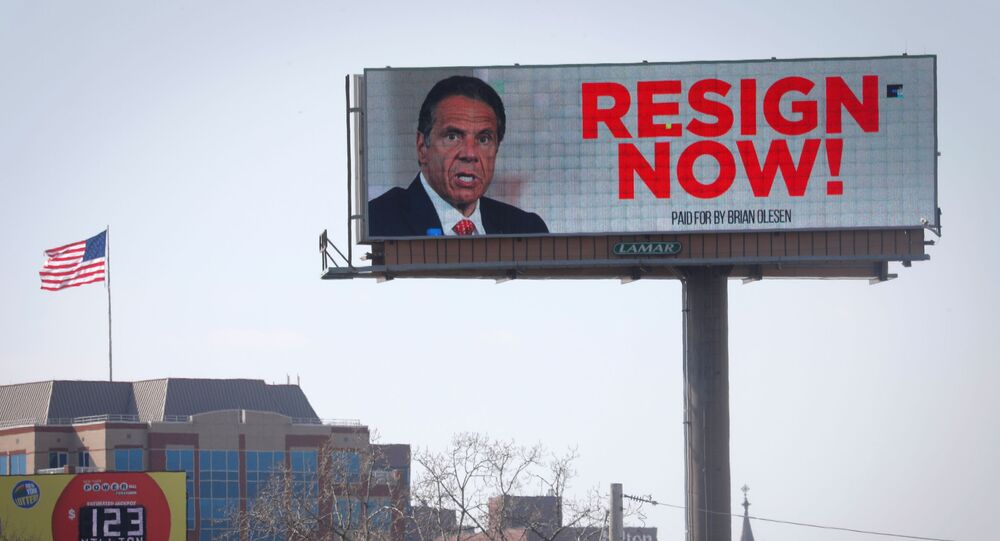 William Sulzer, the 39th Governor of New York, is the first, and only, governor to be impeached and removed from office following a 1913 conviction in the New York State Senate. Over 100 years later, lawmakers are now calling for the impeachment of Governor Andrew Cuomo, a Democrat accused of sexual misconduct and inappropriate workplace behavior.

As sexual assault and misconduct allegations mount against New York Governor Cuomo, the embattled state head has refused bipartisan calls for his resignation.

"I was elected by the people of the state," he said during a Sunday conference call with reporters. "I'm not going to resign because of allegations. There is no way I resign."

The New York governor is also facing a federal inquiry related to his role in an alleged "cover-up" of COVID-19-related nursing home deaths in the state.

Despite Cuomo's comments, state lawmakers do possess the ability to impeach and, if convicted of at least one impeachment article, remove the sitting governor from their position.

The matter will only come to a vote if supported by Democratic Assembly Speaker Carl Heastie.

"[W]e’re going to keep pounding on this issue," Barclay said Monday, referring to the securing of votes.

The 150-member state assembly is presently made up of 106 Democrats, 43 Republicans and a single Independent. A simple majority, or 76 lawmakers, is required for impeachment.

If a governor is impeached in the Assembly, the matter moves to the New York State Senate, which is composed of 43 Democrats and 20 Republicans. State senators and the NY Court of Appeals then hold a trial and decide whether to convict on the article(s) of impeachment.

Per Section 24 of the New York State Constitution, "members of the court shall take an oath or affirmation truly and impartially to try the impeachment according to the evidence, and no person shall be convicted without the concurrence of two-thirds of the members present."

While many Democratic state lawmakers have called for the conclusion of New York Attorney General Letitia James' investigation before calling for Cuomo's resignation or impeachment, Senate Majority Leader Andrea Stewart and Assembly Speaker Heastie, both Democrats, called for Cuomo to resign prior to his Sunday declaration that "there is no way I resign."

"Everyday [sic] there is another account that is drawing away from the business of government. We have allegations about sexual harassment, a toxic work environment, the loss of credibility surrounding the Covid-19 nursing home data and questions about the construction of a major infrastructure project," the NY State Senate majority leader said.

"New York is still in the midst of this pandemic and is still facing the societal, health and economic impacts of it. We need to govern without daily distraction. For the good of the state Governor Cuomo must resign."

The Assembly Speaker revealed they shared the "same sentiment" and believe "it is time for the Governor to seriously consider whether he can effectively meet the needs of the people of New York."

Top officials like Andrea Stewart Cousins calling for @NYGovCuomo’s resignation after he indignantly said he won’t go is a weak and lame cop out. If she thinks Cuomo should be gone, put your money where your mouth is and push for impeachment. Otherwise it’s just hollow rhetoric.

Overall, more than 50 New York lawmakers have called for Cuomo's resignation. In the event that a governor is impeached, the Lt. Governor - in this hypothetical case, Lt. Gov. Kathy Hochul - takes over for the interim.