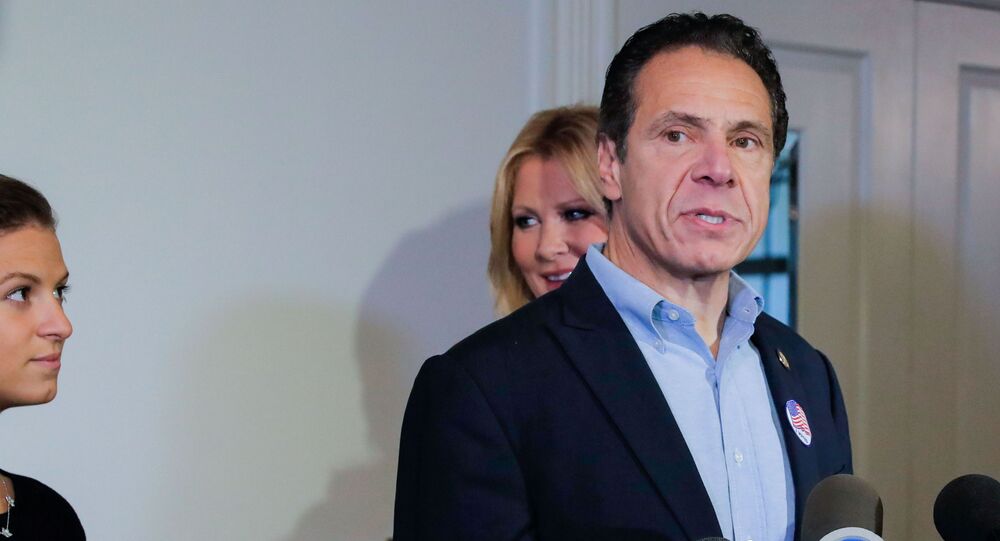 Recently, three women, two of his former aides, Lindsey Boylan and Charlotte Bennett, and Anna Ruch, a guest at a wedding that Cuomo attended, have accused the governor of sexual harassment, obscene comments and innuendos. Cuomo said he was not going to resign amid the allegations.

Yet another former aide has claimed that New York State Governor Andrew Cuomo behaved in an inappropriate manner towards her when she worked in his administration, specifically by calling her "sweetheart, touching her lower back and asking about her relationship status, The Wall Street Journal reported Saturday.

The now 35-year-old accuser, Ana Liss, worked as Cuomo's policy and operations aide between 2013 and 2015, according to the report. She said Mr. Cuomo's activities were uninvited and took place when she was at her desk near the governor's office in the Executive Chamber of the New York State Capitol in Albany during her first year there.

Liss told the outlet that she initially thought Cuomo's behavior was ordinary flirtations. She reportedly described it as increasingly patronizing over time, and she added that it reduced her image from an educated professional to "just a skirt."

“It’s not appropriate, really, in any setting,” she said, who also referred to an incident where the governor kissed her hand.

Cuomo's senior advisor Rich Azzopardi reportedly parried the allegations of misconduct, stating that the governor kissed both men and women for pictures at official events for more than a decade.

“Reporters and photographers have covered the governor for 14 years watching him kiss men and women and posing for pictures. At the public open-house mansion reception, there are hundreds of people, and he poses for hundreds of pictures. That’s what people in politics do,” he told the WSJ.

One of the governor's accusers and former aides, 25-year-old Bennett, in a televised interview with CBS on Thursday, said "he was trying to sleep with me," when describing the governor's behavior towards her. Cuomo, who is now 63, also allegedly asked Bennett if age mattered to her, claiming that he "was fine with anyone over 22."

On Wednesday, Cuomo addressed the allegations, apologizing for actions that he admitted could be perceived in an offensive manner while also adding that he has never touched anyone in an inappropriate way in his life.

Cuomo noted that the state attorney general is conducting an independent probe into the matter, and vowed to fully cooperate in the interests of the proceedings. The governor said he now understands that he "acted in such a way that people felt uncomfortable," but urged New Yorkers to wait for the attorney general's report and trust in facts before forming their opinion on the situation.