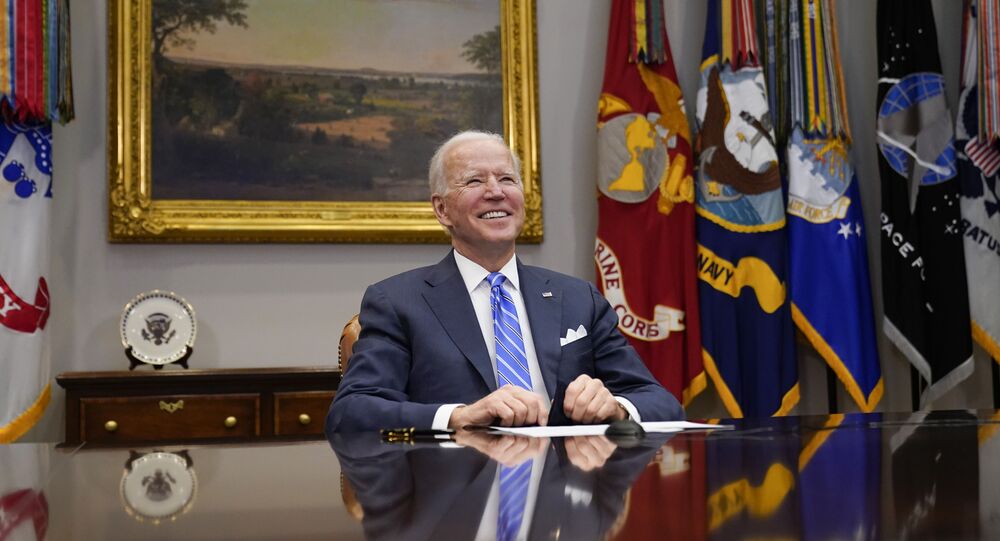 White House Press Sec Psaki Says Biden's Been Too Busy to Hold Presser, Pledges One at End of Month

It has been 45 days since Biden took office, and yet he has not held a single solo press conference, although he has answered a few questions during his public addresses. Media along with netizens have criticized Biden for what they call a lack of openness.

White House Press Secretary Jen Psaki answered reporters' concerns on why President Joe Biden hasn't held a full press conference yet, stating that he is set to face the press by the end of the month.

“We look forward to holding a full press conference in the coming weeks, before the end of the month, and we are working on setting a final date for that, and as soon as we do, we will let you all know,” Psaki told reporters at the press briefing on Friday.

Prior to that, however, Psaki reminded the reporter who mentioned the presser, that Biden takes questions "several times a week," and that he "took questions, actually, twice yesterday."

She added that Biden was focused on completely different pressing issues, as "this president came in during two historic crises — a pandemic like the country had not seen in decades, and an economic downturn that left 10 million people out of work."

"So I think the American people would understand if his focus and his energy and his attention has been on ensuring that we secure enough vaccines for all Americans, which we will do by the end of May, and pushing for a rescue plan that will provide direct checks to almost 160 million Americans. That is where his time, energy and focus has been,” Psaki concluded.

The tradition of holding a presidential press conference in the early weeks of a new administration goes back to Biden's predecessors, starting with Ronald Reagan. All new presidents since then have held news conferences during their first month or so, which have usually taken place in the White House's East Room.

Biden, according to media estimates, has become the record holder for the length of time that has passed before giving a first presser after assuming office. This record had previously belonged to George W. Bush, who took 34 days. Former President Donald Trump gave the first full press conference after 27 days in the White House, on February 16, 2017.

Trump took questions from reporters sometimes several times a day, but correspondents have argued that such access should not be used in place of a formal presidential press conference, which allows for further follow-up questions.

Elon Musk Will Not Back Down in War With US Regulators Under Biden Administration, Media Says

You've Got a Friend in Me: Media Reveals Which of Biden’s Plans Made Prince Charles Excited