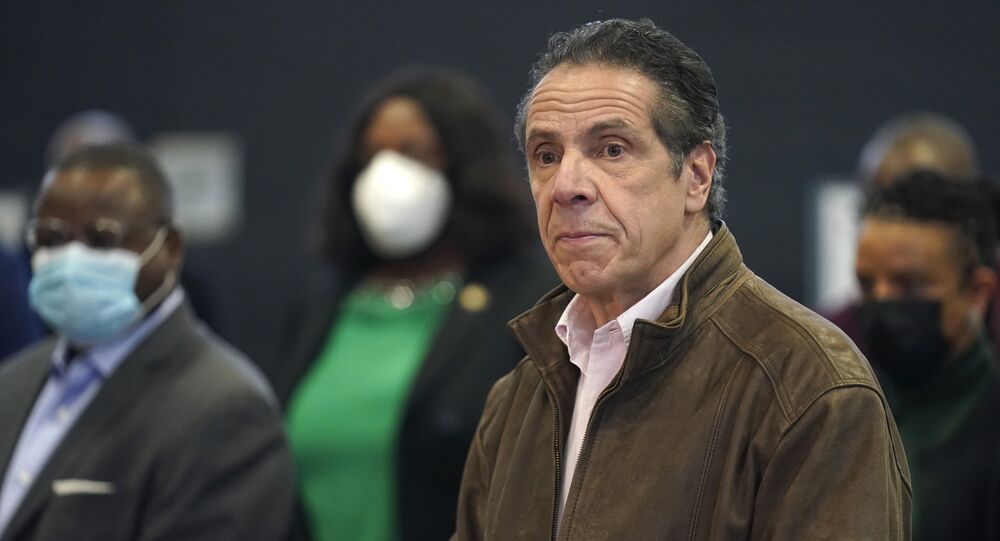 New York Governor Andrew Cuomo in recent weeks has been accused of sexual harassment by two former aides, soon after being accused of deliberately concealing the real number of COVID-19 deaths in nursing homes from the federal government.

However, it is unclear if the two aides’ departures are related to the allegations surrounding Cuomo. In a previous statement to The New York Times, Girouard denied the sexual assault allegations made by Boylan.

“Ms. Boylan’s claims of inappropriate behavior are quite simply false,” Girouard said at the time.

“Her departure allows her to focus on her family,” he noted.

Gareth Rhodes, a senior adviser to Cuomo who helped lead the state’s vaccination plans, also revealed this week that he was leaving Cuomo’s administration to return to his role at the Department of Financial Services. First deputy press secretary Will Burns also announced that he would leave the administration this week.

In a Wednesday statement, Cuomo revealed that he was “embarrassed” by the allegations but he has no intentions of stepping down. Cuomo’s latest comments come after he released a separate statement Sunday noting that while his actions in the workplace "may have been insensitive or too personal," he "never inappropriately touched anybody.”

The allegations against Cuomo have been met with widespread criticism and demands the governor to resign.

One former aide, Lindsey Boyland, accused Cuomo of kissing her without consent, and also revealed that the New York governor allegedly suggested that they play strip poker. Another former aide, Charlotte Bennett, accused the governor of making unwanted advances toward her last spring. On Monday, Anna Ruch, a third woman, accused the governor of sexual misconduct toward her during a friend’s wedding, The New York Times reported.

On Friday, New York lawmakers also passed a bill to revoke temporary powers given to Cuomo in March to handle the COVID-19 pandemic.

“The public deserves to have checks and balances,” Majority Leader Andrea Stewart-Cousins (D-Westchester) said Friday, the New York Post reported. “This legislation creates a system with increased input while at the same time ensuring New Yorkers continue to be protected.”