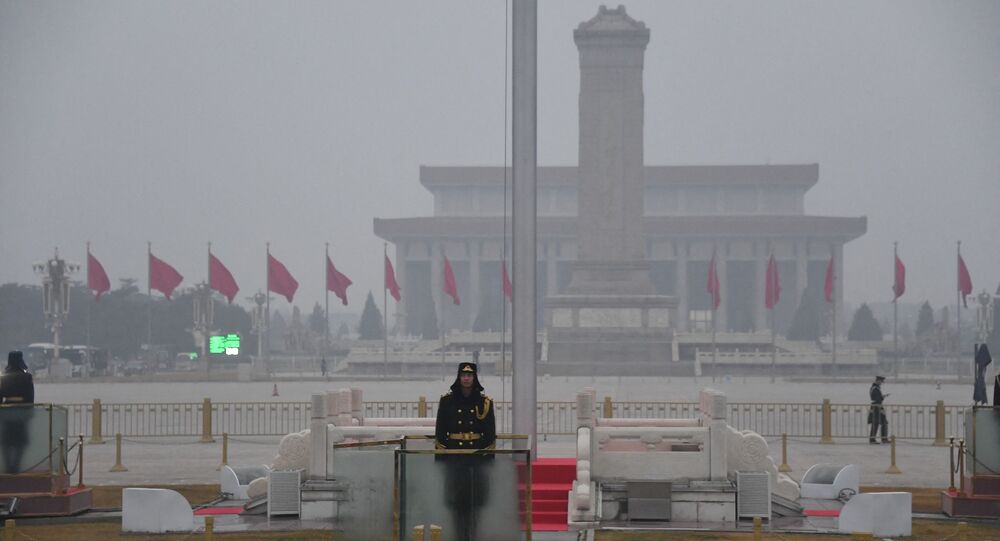 WASHINGTON (Sputnik) - The United States must avoid starting a new Cold War with China despite the need to contain the Asian superpower, House Armed Services Committee (HASC) Chairman Adam Smith told a podcast hosted by the Brookings Institution on Friday.

"China is the big issue which is taking on everyone's focus," Smith said. "We need to be very careful about stumbling into a Cold War with China... We struggle in a straight-on confrontation with China. I don't think its possible for the United States now to build a military that can dominate China."

The United States needed to continue coexisting and working with China on a wide spectrum of issues and could not at the same time regularly officially accuse Beijing of being the most evil regime on the planet, Smith said. The solution was to combine a commitment to coexistence with a policy of containment, he added.

"Containment has become a dirty word... we need to embrace containment and deterrence. There are alternatives to all out conflict," he said.

Smith also said US President Joe Biden "doesn't have any illusions about them."

In a speech delivered at the Department of State on Wednesday, Secretary of State Antony Blinken said the Biden administration was prepared to confront China wherever necessary and he said the US relationship with Beijing would be the "biggest geopolitical test" of the 21st century.