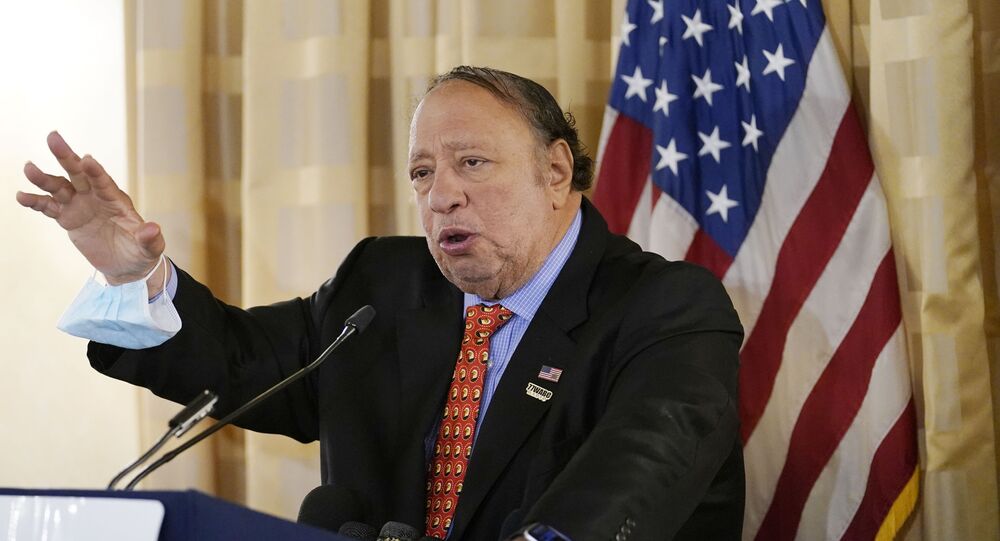 Catsimatidis donated to former President Clinton during his years in office and was generally considered to be a supporter of the Democrats until he decided to run for New York City mayor as a Republican candidate in 2009, the first of his several bids for the mayor's office. In recent years, he has also been a vocal Trump supporter.

The owner of the NYC supermarket chain Gristedes and number 299 on Forbes' 400 list of the wealthiest people, John Catsimatidis, may be mulling a potential gubernatorial race in New York, US media reported Thursday.

Political advisors of the grocery tycoon reportedly told him he might have a good chance of winning the race for the governor's office as a "Republican-Liberal."

“I haven’t ruled anything out yet,” Catsimatidis told Page Six. “I have no agenda other than loving New York, and wanting to fix it. I’m being torn apart because I want New York to be fixed.”

72-year-old Catsimatidis has been considering running for the Big Apple mayorship for a third time, in the November 2021 election, but in a recent interview, he added that running for governor in 2022 could give him extra time to transfer his billion-dollar business to members of the family.

Catsimatidis also hosts The Cats Roundtable, a politics-focused talk radio show that airs on many stations on Sunday mornings. If he ran for office, he'd have to give up hosting duties at his 77 WABC Radio station. He can afford to invest up to $100 million on a mayoral campaign, according to Forbes, with his overall net worth estimated at $2.8 billion as of March 4.

In the meantime, Catsimatidis reportedly said of Cuomo, who is under fire for sexual harassment accusations: "It’s a 50-50 situation with him, he’s historically a survivor, and it could go either way. The fact is we need equal justice for all."

The billionaire has a long history of trying to win a mayoral bid in New York although never successful. In 2009 he shifted from his long-lasting Democrat donorship and established his mayoral campaign, only to withdraw his candidacy when then-Mayor Michael Bloomberg reportedly told Catsimatidis that he was running for a third term. In 2013, he recommenced his efforts to run for mayor as a Republican but lost his candidacy during the GOP primary.

Catsimatidis is also a prominent supporter of the former President Donald Trump, contributing to his reelection campaign in 2020. He once argued that "Trump has stood up against the problem at the borders ... Build a wall," according to Business Insider.

Catsimatidis' daughter, Andrea, is the chairwoman of the Manhattan Republican Party, the organization's website shows, for which the billionaire himself, his wife and his son are vice presidents.

Catsimatidis was born in Greece and his family immigrated to New York when he was 6 months old; he took a part-time job at a grocery store while he was studying at New York University. Soon he dropped out of the university to have a share in the ownership of the store he was working at, and by the time he was 25 he was already the owner of 10 grocery stores in Manhattan.

According to his company's website, Red Apple, Gristedes supermarkets is the largest grocery chain in the city.