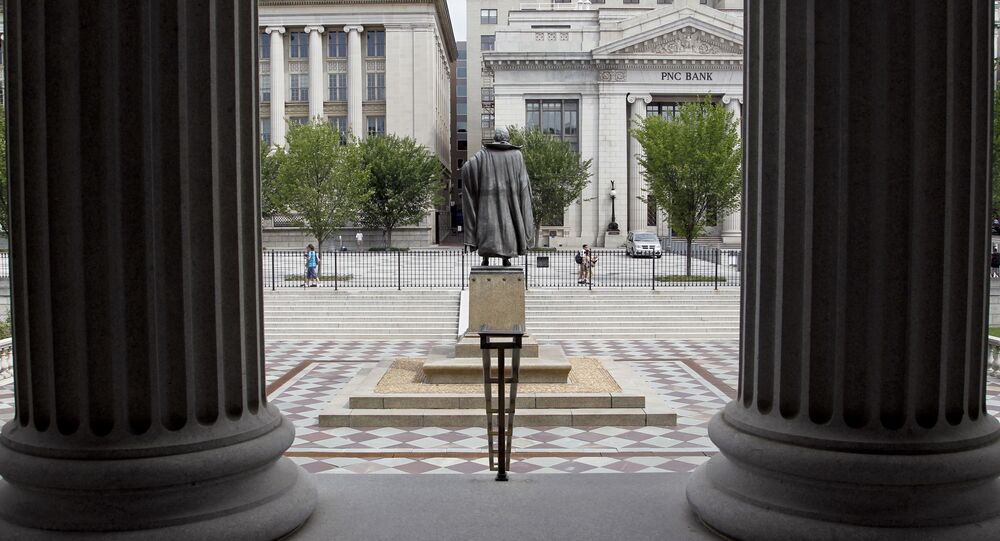 US Debt to Hit 202% of GDP by 2051 at Current Spending Level, Congressional Budget Office Warns

WASHINGTON (Sputnik) - The US government's debt held by the public is projected to grow to more than 202 percent of annual Gross Domestic Product (GDP) over the next 30 years to 2051, the Congressional Budget Office (CBO) warned in a new report.

At an estimated 10.3 percent of GDP, the annual federal government deficit in 2021 would be the second largest since 1945, exceeded only by the 14.9 percent shortfall recorded in 2020, the CBO said.

"In CBO’s projections, [annual] deficits decline as the effects of the 2020–2021 coronavirus pandemic wane. But they remain large by historical standards and begin to increase again during the latter half of the decade. Deficits increase further in subsequent decades, from 5.7 percent of GDP in 2031 to 13.3 percent by 2051," the report said.

A growing debt burden could increase the risk of a fiscal crisis and higher inflation as well as undermine confidence in the US dollar, making it more costly to finance public and private activity in international markets, the report added.

'The Notion That US Debt Can Ever Be Paid Back is Ridiculous', Analyst Says