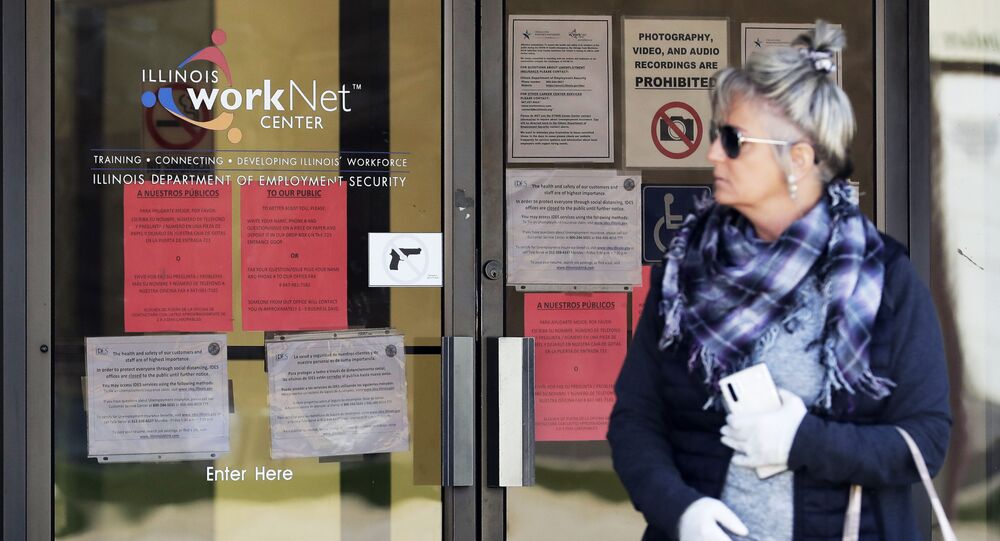 WASHINGTON (Sputnik) - US jobless claims rose by just over 1 percent last week as some 745,000 Americans filed for unemployment benefits, the Labor Department said on Thursday, as the coronavirus pandemic maintained its stranglehold on the job market.

“In the week ending February 27, the advance figure for seasonally adjusted initial claims was 745,000, an increase of 9,000 from the previous week's revised level,” the department said in a news release.

The number was slightly smaller than the 750,000 filings forecast for last week by economists surveyed by US media. Yet, one year into the COVID-19 crisis, the data shows that fixing the job market remains a herculean challenge.

“The claims number is still well above pre-pandemic levels,” Greg Michalowski said in a post on ForexLive, citing the 281,000 filings from the week ended March 15, 2020, before the numbers exploded with the outbreak of COVID-19.

The Labor Department said that continuing weekly claims — reported with a one-week lag but sometimes considered a better gauge of the labor market — slid to 4.29 million for the week ended February 27, from a previous 4.42 million. The unemployment rate also dipped slightly, by 0.1 percentage point, to 3.0 percent.

© AP Photo / Elaine Thompson
US Jobless Claims Rise After 4-Week Slide as COVID-19 Struggles Continue
The United States lost more than 21 million jobs between March and April, at the height of business lockdowns forced by the coronavirus. At least 10 million of those jobs have not returned, data shows.

The Labor Department’s full employment statistics for February will be published on Friday. Economists are expecting a jobs growth of 182,000 last month after January’s expansion of 49,000.