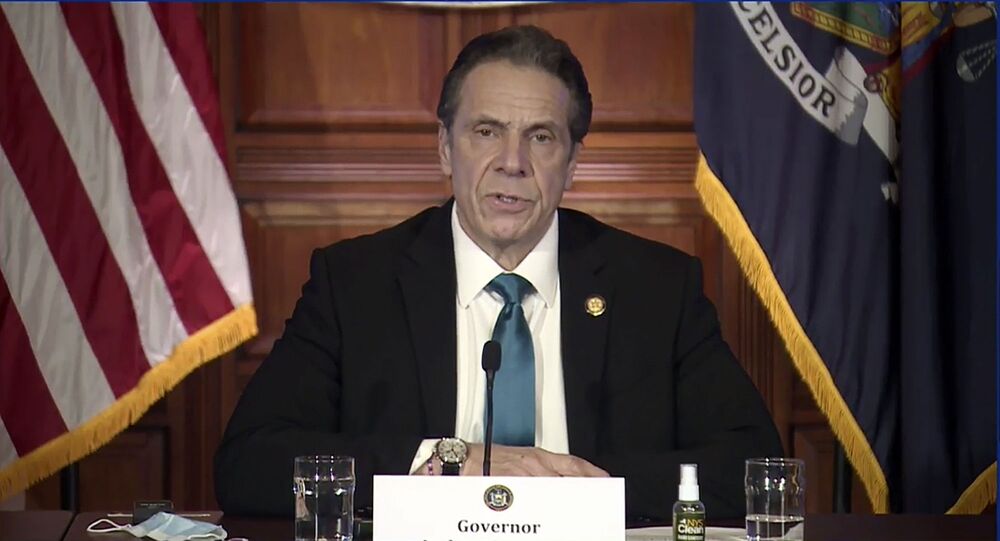 Earlier, Gov. Andrew Cuomo (D-NY) came under fire for his administration's alleged undercount of COVID-19 nursing home deaths in the Empire State. Now, he is under the microscope after being accused of sexual harassment by at least two former aides. An investigation has since been initiated.

Cuomo on Wednesday issued a televised address regarding the recent developments, indicating that he would be "fully cooperating" with investigators for the duration of the ongoing probe.

"I want New Yorkers to hear from me directly on this: First, I fully support a woman's right to come forward. And I think it should be encouraged in every way," Cuomo remarked. "I now understand I acted in a way that made people feel uncomfortable. It was not intended and I truly, deeply apologize for it."

The state official further stressed he "never touched anyone inappropriately," and that he "never knew at the time that I was making anyone feel uncomfortable."

Cuomo later went on to urge the public to "wait for the facts" of the investigation, before stating he had no intentions to resign from his post.

"I'm going to do the job the people in this state elected me to do," he said.

Cuomo's latest remarks came after New York Attorney General Letitia James announced on Monday that she had received a formal referral to select an investigator to review the sexual harassment allegations.

Allegations against Cuomo first surfaced in December 2020 from former aide Lindsey Boylan, who offered additional details of her experiences with Cuomo in a recent Medium post that described unwanted kisses and inappropriate remarks about her appearance.

Three days after Boylan's post, new allegations were made by another former aide, Charlotte Bennett. The 25-year-old alleged in a New York Times article that Cuomo had made inquiries about her sex life, including if she ever had sex with older men. At one point, Bennett noted that Cuomo had reportedly made remarks that he wanted to mentor her.

Cuomo is also facing accusations of unwanted touching and kissing at a 2019 wedding.

It wasn't until Sunday that Cuomo addressed the allegations. However, the governor largely excused his behavior by saying that his intentions were simply "misinterpreted as an unwanted flirtation."

Any findings related to the case that are unearthed by the attorney general's office are not expected to be made public until after the probe has been officially closed.