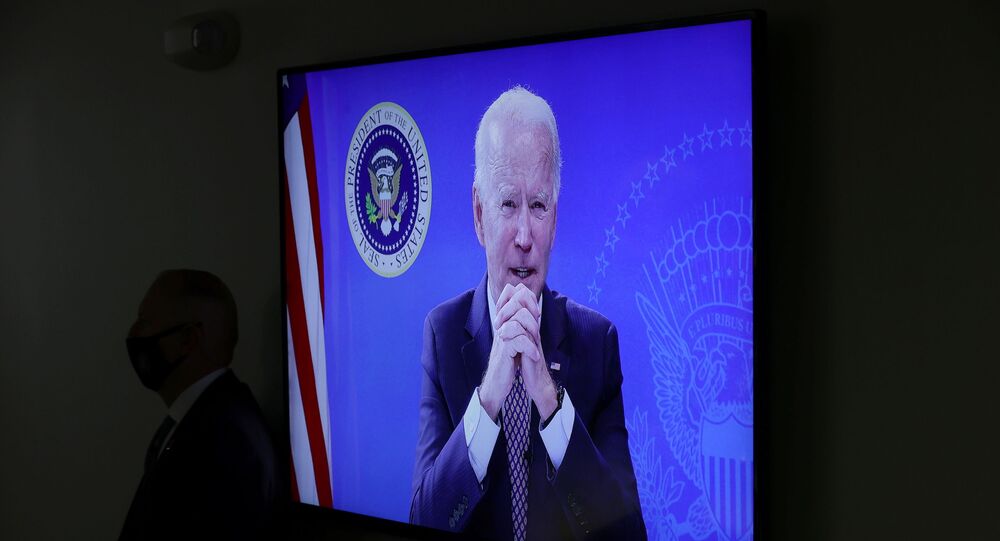 Biden was sworn in as the 46th US President on January 20 in a highly guarded ceremony at the US Capitol. Since then, he has answered questions from journalists during his addresses on several occasions, but still has not held a full-fledged press conference, unlike his predecessors, who took less than a month to do it.

The US president Joe Biden marks his 41st day in office on Tuesday and still has yet to hold his first comprehensive press conference alone with reporters, The New York Post reported.

Biden's closest predecessors, namely former Presidents Barack Obama and Donald Trump, took 20 and 27 days respectively to face reporters after their inaugurations. This comes amid a steady flow of executive actions taken by the Biden administration in just more than a month, and as his $1.9 trillion relief bill awaits a vote in the Senate.

Biden has spoken to journalists briefly before boarding presidential aircraft and has taken questions from several reporters as he made remarks about the COVID-19 situation and other matters.

Commenting on the possibility of Biden holding a news conference in the foreseeable future, White House press secretary Jen Psaki Psaki said "not yet."

"But we will definitely have one. We will schedule it, and you’ll be the first to know because you’re pivotal participants in that​," she added.

The hesitation to hold a presser is similar to the time between the summer and early fall 2020 when then-presidential candidate Biden was spending most of his time in his home in Delaware amid a raging pandemic and vibrant election campaign. Back then, Biden set up a studio in his residence and talked to media interviewers and his supporters and voters via virtual conferences, allegedly avoiding uncomfortable questions.

Compared to Biden, the most active of the US presidents in holding news conferences remains Calvin Coolidge, who held 92 pressers in the first year of his presidency, which began in 1923.

In contrast, in the first year of his first term, Obama held only 7 press conferences, in 4 of which he spoke to the press one-on-one. Biden's direct predecessor, Trump, held just one press conference in 2017, his first year in office, according to the American Presidency Project, which collects data on presidential press conferences dating back to the administration of Richard Nixon.