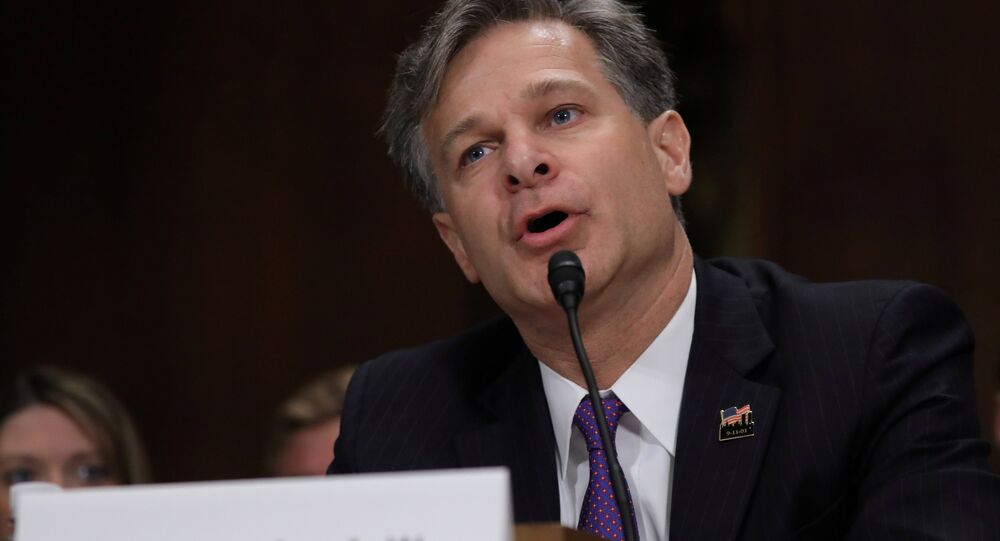 WASHINGTON (Sputnik) - The FBI has not seen any evidence of fake Trump supporters behind the attack on the US Capitol, which is investigated as a case of "domestic terrorism," FBI Director Christopher Wray told the US Senate Judiciary Committee on Tuesday.

"We have not seen evidence of that at this stage, certainly," Wray said when asked to comment on allegations the January 6 incident was organized by Trump’s opponents to frame the former president and his supporters.

"We have arrested already more than 270 individuals to date, over 300 when you include the ones of our partners with more subjects being identified and charged just about every single day," Wray said.

"As we build out the individuals, whom we arrested for the violence, we are getting a richer and richer understanding of different people’s motivations, but, certainly, as I said, militia violent extremism, some instances of racially motivated violent extremism specifically advocating for the superiority of the white race," Wray added.

On 6 January, a group of Trump supporters breached the US Capitol to stop Congress from certifying Joe Biden's vwin in the 2020 presidential election, which the former POTUS blasted as "rigged". US House Democrats impeached Trump for "inciting insurrection", but he was eventually acquitted in the Senate.

Trump has repeatedly said that in his speech on 6 January he called on his supporters to protest peacefully and patriotically.