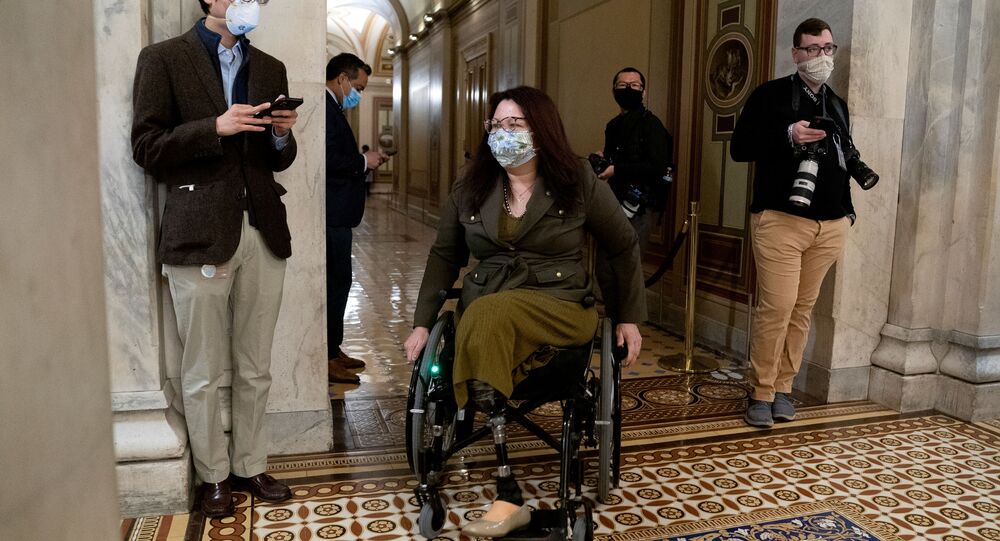 A US Democrat senator has urged President Joe Biden's intel chief to declassify documents on claims Russia paid the Afghan Taliban "bounties" for killing US troops.

"I urge you to take action where the prior administration failed," Illinois senator Tammy Duckworth, a member of the Senate Armed Services Committee, wrote in a letter to Director of National Intelligence Avril Haines.

"While any intelligence assessment on this matter is understandably sensitive, the American public, and Gold Star Families in particular, have a pressing need to know if there is any truth to these claims," Duckworth wrote. "I believe such a finding may be presented while protecting classified information."

"Gold Star" families are those who have lost a member of the armed forces in battle.

In June 2020, the Washington Post and Associated Press quoted claims by unnamed sources that Russia's GRU military intelligence service had offered the Taliban, which had been fighting the US-led occupation since 2001, cash for killing American personnel.

The sources also claimed that then-president Donald Trump's administration knew of the alleged Russian offer in 2019, and that the practice had continued while the White House was negotiating a treaty to end the 19-year war. The claims emerged four months after Trump's February 2020 peace deal with the Taliban — which the Democrats vehemently opposed — and amid the drawdown of US troops from Afghanistan.

On his first day in office, Biden ordered intelligence agencies to probe the unproven media reports. Russia has repeatedly denied the allegations.

Last month, new US Defence Secretary Lloyd Austin told a NATO summit that the Biden administration was "reviewing" the peace deal and would not make a "hasty" exit from the conflict — despite the May deadline for a full withdrawal of the remaining 2,500 US forces there set out in the treaty.

© AP Photo / Allauddin Khan
Taliban Political Chief Slams Allegations of 'Russian Bounties' on US Soldiers as 'Complete Lie'
"Nobody should give us rewards for killing Americans, we have been killing them since 2001," Stanikzai said in January. "We are fighting them without any rewards."

Duckworth is a veteran US Army helicopter pilot who lost both legs when her UH-6 Black Hawk was shot down in Iraq in 2004 by an insurgent firing a rocket-propelled grenade.

The US invasions of Afghanistan and Iraq were ordered by former Republican president George W Bush. His Democrat successor Barack Obama was elected in 2008 on the promise to end those wars and bring the troops home, but both were still raging when he left office in January 2017.

Democrats have claimed since Trump's 2016 victory over their candidate Hillary Clinton that Russia "meddled" in the election, pointing to the former president's limited détente with Moscow and his attempts to end the illegal US military presence in Syria. These allegations have been denied by Trump and the Kremlin.