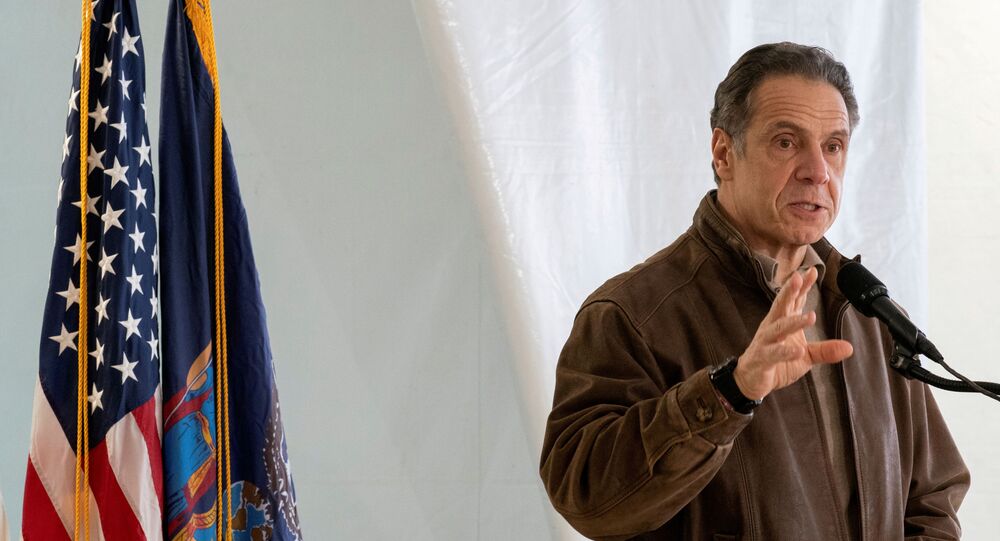 Governor of New York Andrew Cuomo is facing scrutiny after two of his former aides opened up about allegedly being sexually harassed by the politician. Cuomo is coincidently caught in another controversy surrounding misreported COVID fatalities in New York state nursing homes.

The office of New York Governor Andrew Cuomo has asked the attorney general of New York state and the chief judge of the Court of Appeals to assign an independent lawyer to investigate sexual harassment claims put forward against the official.

Beth Garvey, special counsel and senior adviser to the governor, said in a statement posted on Cuomo's official website that his team wishes the probe to be conducted "in a manner beyond reproach".

"...We have asked the Attorney General of New York State and the Chief Judge of the Court of Appeals to jointly select an independent and qualified lawyer in private practice without political affiliation to conduct a thorough review of the matter and issue a public report. The work product will be solely controlled by that independent lawyer personally selected by the Attorney General and Chief Judge.  All members of the Governor's office will cooperate fully.  We will have no further comment until the report is issued", Garvey said.

The statement comes as two of Cuomo's former aides accused the governor of sexual harassment.

One of the purported victims, Lindsey Boylan, alleged that the politician had at one point suggested playing strip poker, and kissed her on the lips without her consent on another occasion.

Soon after, 25-year-old Charlotte Bennett came forward to accuse Cuomo of making suggestive hints to her when they were alone in his office.

Cuomo's office has denied both accusations, but launched a review of into the allegations.

The sexual harassment claims come as the governor is embroiled in another potentially impeachable controversy. Cuomo is accused of withholding incorrectly reported COVID fatality data in the state's nursing homes.