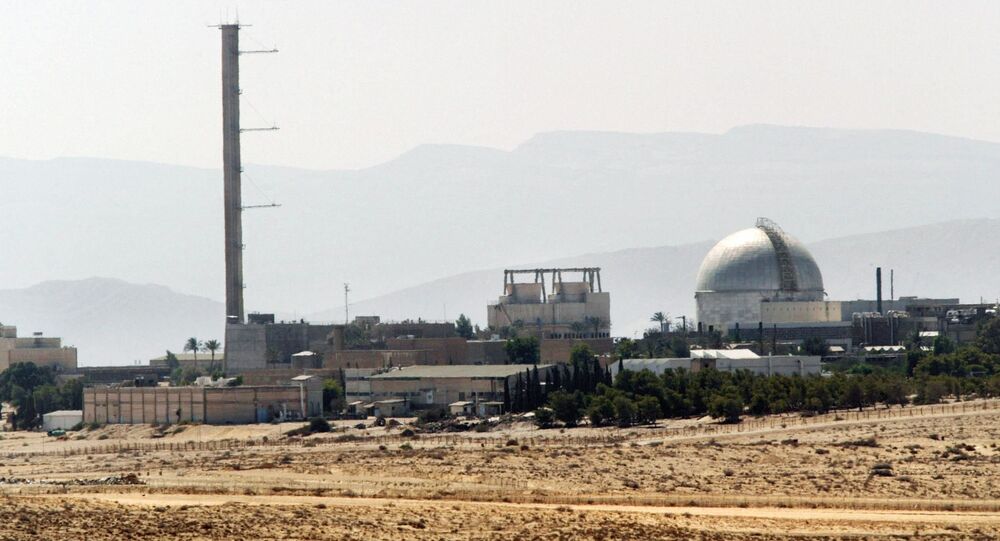 The US authorities previously limited the resolution of the satellite photos of the Jewish state out of concerns for its security. At the same time, Tel Aviv has been exercising a policy of neither confirming nor denying having nuclear armaments and the lack of satellite images has long stalled attempts to determine the truth.

AP's recent publication of high-resolution satellite photos of a new nuclear site near the city of Dimona, Israel was made possible by a regulatory order passed during the former Trump administration in July 2020, the newspaper Haaretz reported.

The resolution level of satellite imagery of Israeli territory is regulated in the US under the Kyl-Bingaman Amendment (KBA). The amendment forbids American companies from selling satellite photos of Israel that have higher quality than similar images available on the global market.

The standard had long been set so that only objects larger than 2 metres would be seen on the satellite images of Israel sold or published by US companies, who have long dominated the satellite imagery market. However, as time passed more high-resolution images of Israeli territory started to emerge on the retail market outside the US as the satellite industry grew worldwide. Namely, the photos taken by the South Korean Kompsat K3A satellite in 2019 allowed objects in Israel as small as 0.4 metres to be seen, prompting a request to update the outdated US policy.

In July 2020, the National Oceanic and Atmospheric Administration (NOAA) regulating the Kyl-Bingaman Amendment finally ruled to scale-up the limit to 0.4 metres, thus allowing AP to recently publish the images captured by Planet Labs on 22 February 2021. These satellite shots showed the construction of the new Israeli nuclear facility near Dimona in high detail.

© REUTERS / POOL
Israel ‘Will Do Everything’ to Prevent Iran Getting Nuclear Weapons, Netanyahu Says

Previously, the limit on image resolution impeded attempts to analyse the country's nuclear-related activities via satellite imagery. At the same time, Israel, one of the few countries who hasn't signed the Nuclear Non-Proliferation Treaty, has always avoided directly confirming or denying allegations about it having nuclear weapons. Now, under the updated KBA standards, even historic and previously blocked satellite images of the Jewish state should be available for sale and study.