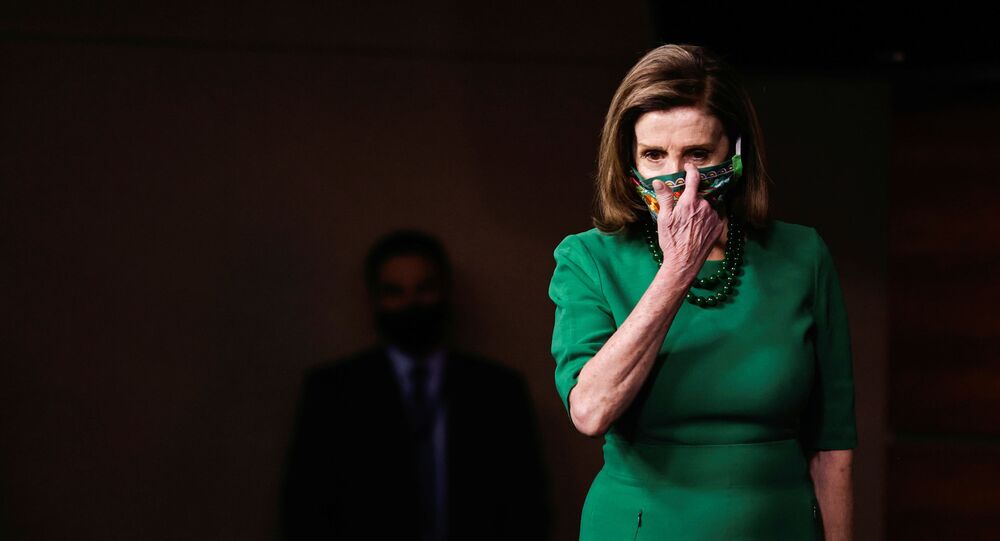 After the Capitol breach by Trump supporters on 6 January that left five people dead, including a Capitol police officer, over 200 individuals were arrested by the authorities in connection with the attack.

A man from New Jersey, James Douglas Rahm, who bragged about taking part in the 6 January attack on the Capitol on social media, has shared additional details about his contribution to the insurrection, telling his followers that he "pissed" in the office of House Speaker Nancy Pelosi.

Federal authorities, according to The NY Daily News, charged Rahm with "violent obstruction of Congress", and the posts in which he revealed his adventures in Pelosi's office were later deleted. However, the screenshots were still shared with the Justice Department.

According to the shared screenshots, Rahm, responding to someone asking him how he was during the Capitol siege, said: "shields and pepper spray never hurt anyone did they? Home alive. History made. I walked through Pelosi's office. I should have sh** on her chair".

In another screenshot, he wrote "pissed in her office", and added a thumbs up emoji.

Feds have charged New Jersey man in US Capitol Insurrection. Justice Dept cites a social media post from man in Nancy Pelosi's office in which he allegedly says "Pissed in her office" (strong man emoji) pic.twitter.com/YWdIoPvK4w

The 6 January Capitol attack left five people dead and over 200 were arrested for their role in the riot. The building was ransacked by Trump supporters, and the offices of high-ranking lawmakers, Nancy Pelosi among them, were breached and vandalised.

According to a January FBI affidavit, a Pennsylvania care worker, Riley June Williams, allegedly stole a laptop or a hard drive from Pelosi's office during the attack. The woman was reportedly arrested in late January.