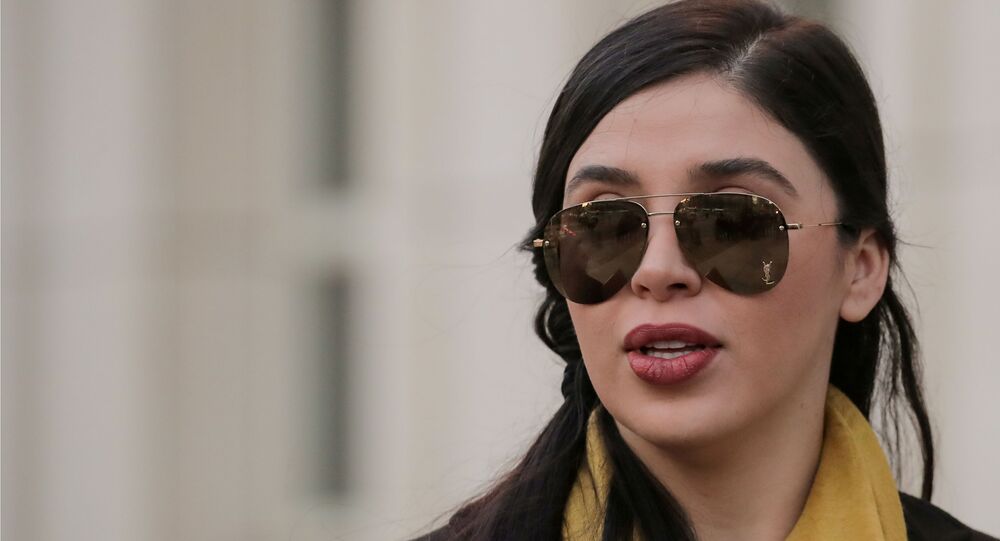 Emma Coronel Aispuro, the wife of Sinaloa Cartel leader Joaquin "El Chapo" Guzman, has been taken into custody on multiple drug trafficking charges. She was arrested at Dulles International Airport outside Washington, DC on Monday.

The wife of El Chapo appears to be tired of the violence and is expected to "rat out" members of her husband's drug cartel, becoming a "likely candidate" for witness protection, the New York Post reported on Saturday, citing federal sources.

"She's definitely cooperating", a federal law enforcement source told The NY Post. "Emma wants to get far away from the violence, and has always wanted to live in the US".

According to the report, Aispuro, who has dual US-Mexican citizenship, is preparing to leak information about high-ranking cartel members, her own stepsons among them.

The 31-year-old drug lord's wife, Coronel Aispuro, also known among her fans as "la Reinita" - the little queen - turned herself in to US federal authorities on 22 February. She was arrested at Dulles International Airport outside Washington, DC.

She faces multiple drug trafficking charges, and is also accused of aiding her husband's escape from a maximum-security Mexican prison and helping to run what is considered to be the largest drug-trafficking crime syndicate in the world.

If convicted, she could face 10 years behind bars and a multi-million fine.

Her husband El Chapo, following his 2017 extradition to the US was put in a maximum-security prison in Florence, Colorado, to serve a life sentence.