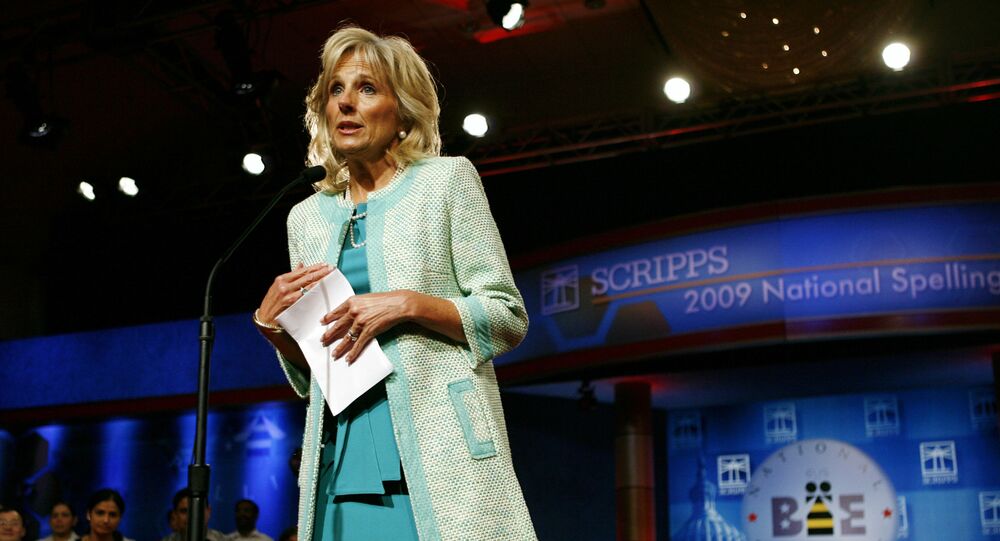 Jill, the mother of President Joe Biden’s daughter and stepmother to his two sons, who she took care of after his first wife's death, says it wasn't until a year after her own divorce that she managed to recover from it.

First Lady Jill Biden shared with Kelly Clarkson on Thursday's episode of "The Kelly Clarkson Show" that she felt like she had failed and something went "wrong" when her first marriage ended in divorce.

Dr Biden, who was interviewed in the East Room of the White House, said she "didn't know anybody who had been divorced" and considered the mishap to be "a failure on her part". "I lost my self-esteem because I kept thinking, 'What's wrong with me, why couldn't I make this work?'", she noted, adding it took her "at least a year to get on my feet again", before she started seeing Joe, she recounted.

"And then, just unexpectedly, I met Joe. I had met him once before but it was kind of a blind date when he called me", she recalled, without detailing their experience, though.

She said that when "looks back on it now" she starts to think that if she hadn't got divorced, she would never have met Joe.
"I wouldn't have the beautiful family I have now", Jill said upliftingly.

Joe and Jill married in 1977, two years after her divorce from first husband Bill Stevenson, who has recently claimed that she cheated on him while they were still together.

He said he and his then-wife grew close to Joe in 1972 while working on his first campaign to represent Delaware in the US Senate, around the same time Joe's first wife Neilia and their little daughter were killed in a terrible car accident that his sons Beau and Hunter both survived, albeit with serious injuries.

Stevenson, who had been married to Jill for five years until their break-up, went on to share that he first suspected chemistry between Joe and Jill back in 1974, when Jill allegedly wilfully missed a chance to see music icon Bruce Springsteen in person in New Jersey.

"I asked Jill to go with me and she said no — she had things to do, she had to look after Joe's kids, Beau and Hunter", Stevenson recalled, adding:

"It was kind of a big deal to go meet Springsteen. I had no idea she and Joe were that kind of friendly".

The Biden campaign didn't comment on the claims at the time.

Jill, for her part, shared that Joe had proposed to her five times before she finally accepted. "I couldn't have them [Joe's children] lose another mother. So I had to be 100% sure", the teacher-turned-First Lady, the mother of Joe's daughter and stepmother of Beau and Hunter, explained.