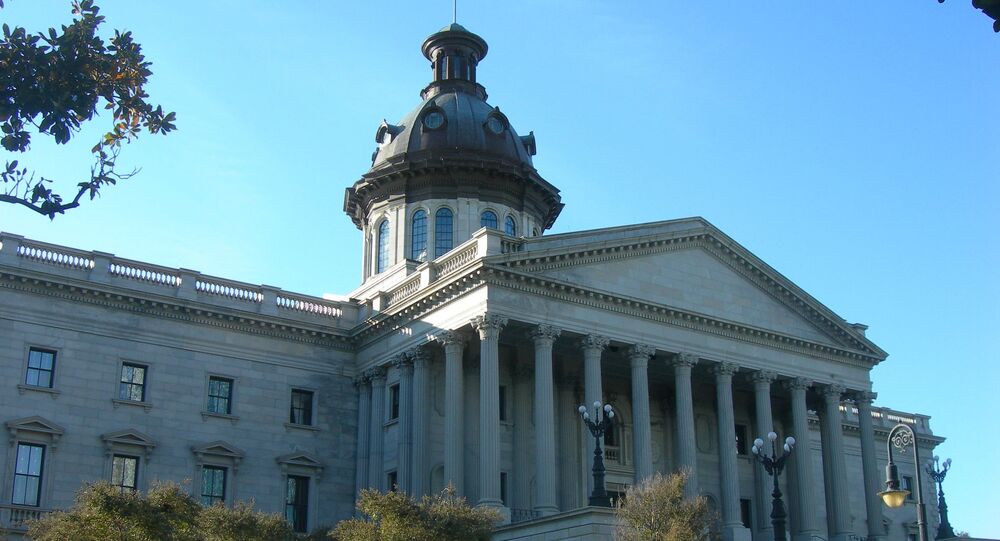 The 6 January Capitol siege in Washington caused even more individuals to take a stand against now ex-President Donald Trump as many of his political opponents would like to see him barred from the political arena.

South Carolina Republican Robert May is reportedly going to introduce a bill that would allow Donald Trump to be buried on the premises of the state Capitol if the ex-president is denied burial at Arlington National Cemetery.

As he revealed on his Facebook account, his initiative is a response to a bill by Democrats that would deprive twice-impeached presidents from being honoured with burial at one of the nation's most venerated cemeteries or having federal money spent on any commemoration.

"Are you familiar with H 484? It's a bill introduced in Congress that would prevent 'twice impeached' presidents from burial at Arlington National Cemetery. Today, I introduced legislation to give twice ACQUITTED presidents the honour of being buried on South Carolina State House grounds, should they accept", May wrote.

The so-called "No Glory for Hate Act" also prohibits the use of federal budget funds to finance events dedicated to the memory of twice-impeached presidents, including the creation of "any symbol, monument, or statue" in their honour as well as the naming of federal buildings or land after them.

After the 6 January siege of the Capitol the US House of Representatives voted to impeach Trump on 13 January. Many lawmakers have repeatedly alleged that Trump's pre-rally speech about "mass election fraud" incited his supporters to storm the Capitol. On 13 February, US senators voted 57-43 in favour of convicting Trump on a single account of incitement to insurrection, but failed to obtain the two-thirds majority needed to do so.

Trump is so far the first and only US president to be impeached twice. In December 2019, Trump was accused by the House of Representatives of abuse of power and obstruction of Congress for reportedly pressuring the Ukrainian government to launch an investigation against Hunter Biden, the son of then-Democratic presidential candidate Joe Biden. The US Senate voted to drop all charges against Trump in this case on 5 February 2020.