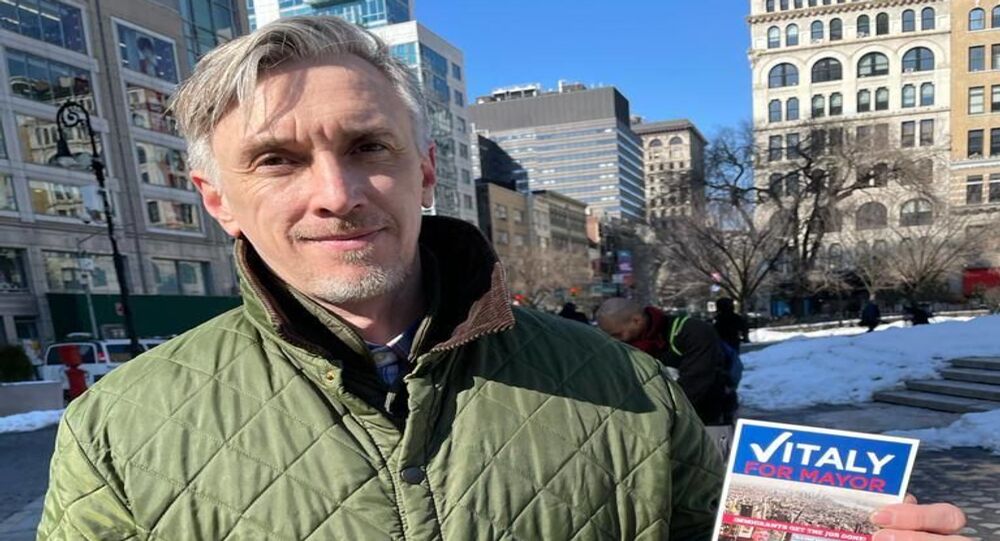 Filipchenko, who grew up in the city of Tomsk in Siberia, moved to the US a decade ago. He has met the requirement of being a US citizen for seven years and now must collect 3,750 signatures by May 25 to officially get on the ballot for the city's mayoral race.

“I'll tell you honestly New York is no different from Russia - fools and roads,” Filipchenko said.

Filipchenko, who owns a moving service company and is educated in the field of road construction and maintenance, explained that an example of such improper use of the budget is asphalt laying. He said he is constantly seeing problems with the city's roads.

"Life expectancy of asphalt roads is about 15 years," he said. "In New York, I noticed, they simply lay it again after 2-3 years. This is basically a theft from the city’s budget funds. It is in some corporations’ interest. Why does the city spend that much money? "

Roads are one of the most expensive items and biggest expenses as lots of materials are used and much labour is required.

“If we look at other states, warm Florida, Georgia, their state budgets are not even 10 times but 20, 50 times smaller than New York’s. And their roads are better. Here in New York, let's just be honest, there is a bawdy attitude towards the roads," he said.

At the same time, Filipchenko believes, New York can benefit from historical experience. Nearly a century ago, government contracts for road construction helped lift America out of the Great Depression.

“Repairing roads, building roads like in 1937, when there was a depression in America. We must start the program, increase it. Let's say city and state. And the state should create more jobs," Filipchenko explained.

Filipchenko sees his second task, if elected, as developing urban construction in a way that maximizes profit for the city and the poor rather than private firms.

“Now in New York, mainly private corporations are engaged in housing construction, they build skyscrapers and then resell them. Why does the city itself not want to build houses and make a profit to the budget? This is a profitable business,” he stressed.

By increasing the state's share in construction, Filipchenko believes, the city will be able to fill its budget.

The mayoral candidate also plans to change the system of admission to New York public schools. Now the city has the so-called zoning. To enter elementary or middle school, a child must live in a school’s area. And this, according to Filipchenko, leads to inequality.

“It turns out like this: rich people rent an apartment. According to the documents, they live in this area and their children just get to this school, while the children from other districts, where there is no school, they have no opportunity to get in,” he said. “I want to remove this system. Everyone should have equal conditions."

In Russia, Filipchenko graduated from a university and owned a small business - a summer cafe. Filipchenko came to the US on a tourist visa. When it was about to expire, he was looking for ways to officially extend it when by a happy coincidence, he met an American woman at his friend's wedding, and the two fell in love with each other. Filipchenko and his wife have now been happily married for 12 years.

The general election is scheduled for 2 November.